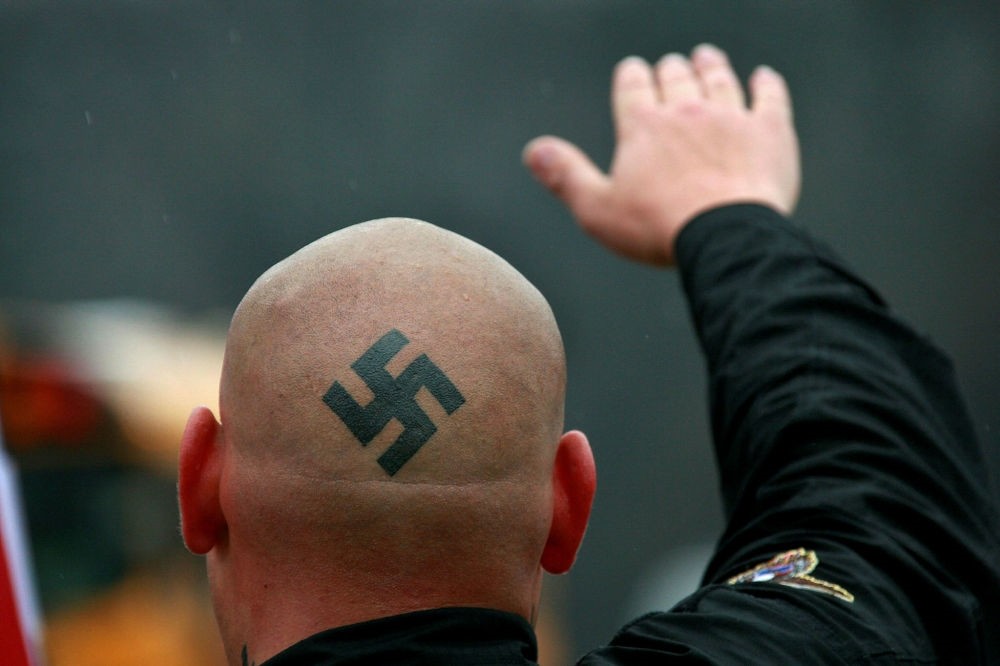 Germany has been under threat of rising neo-Nazis presence in the German society.
by Daily Sabah with Wires Jun 06, 2017 12:00 am

Over 400 people wanted for committing far-right crimes in Germany are still free, according to figures released by the German Interior Ministry. Around 600 arrest warrants for 462 neo-Nazis have not been administered, German newspaper Deutsche Welle reported.

The Left party's spokeswoman on domestic policy, Ulla Jelpke, expresses her concern over "an established Nazi underground" within German society. "I find the high number of fugitive neo-Nazis who have evaded arrest for a long period of time extremely worrying," Jelpke said.

The German government earlier announced steps to choke off state campaign financing for the far-right National Democratic Party (NPD) after a failed court bid to outlaw the xenophobic fringe group. The initiative aims to deprive the NDP of taxpayers' money, to which German political parties are generally entitled, before September elections.

Germany's highest court had in January rejected a bid by the parliament's upper house to ban the NPD, ruling that although it held a similar ideology to the Nazis, it was too small to endanger German democracy.

The NPD, with some 6,000 members, was founded in 1964 as a successor to the neo-fascist German Reich Party, rails against foreigners and campaigns with the slogan: "Germany for the Germans".

Interior Minister Thomas de Maiziere said his ministry had prepared changes to the constitution and to other laws that would have to be adopted by parliament with two-thirds majorities in both chambers.

He said the idea that a party hostile to the democratic order receives official funding "is a situation that is hard to take."

German political parties receive state campaign finance funds if they have won at least 0.5 percent of the popular vote in the latest general or European elections, or 1 percent in a vote in one of Germany's 16 states.

The NPD garnered just above 1 percent in Germany's last elections in 2013, insufficient for it to win representation in parliament. It has also lost ground to the right-wing populist and anti-immigration Alternative for Germany (AfD), which currently polls at around 11 percent.