So, who are the DUP? British voters left confused after May announces minority government 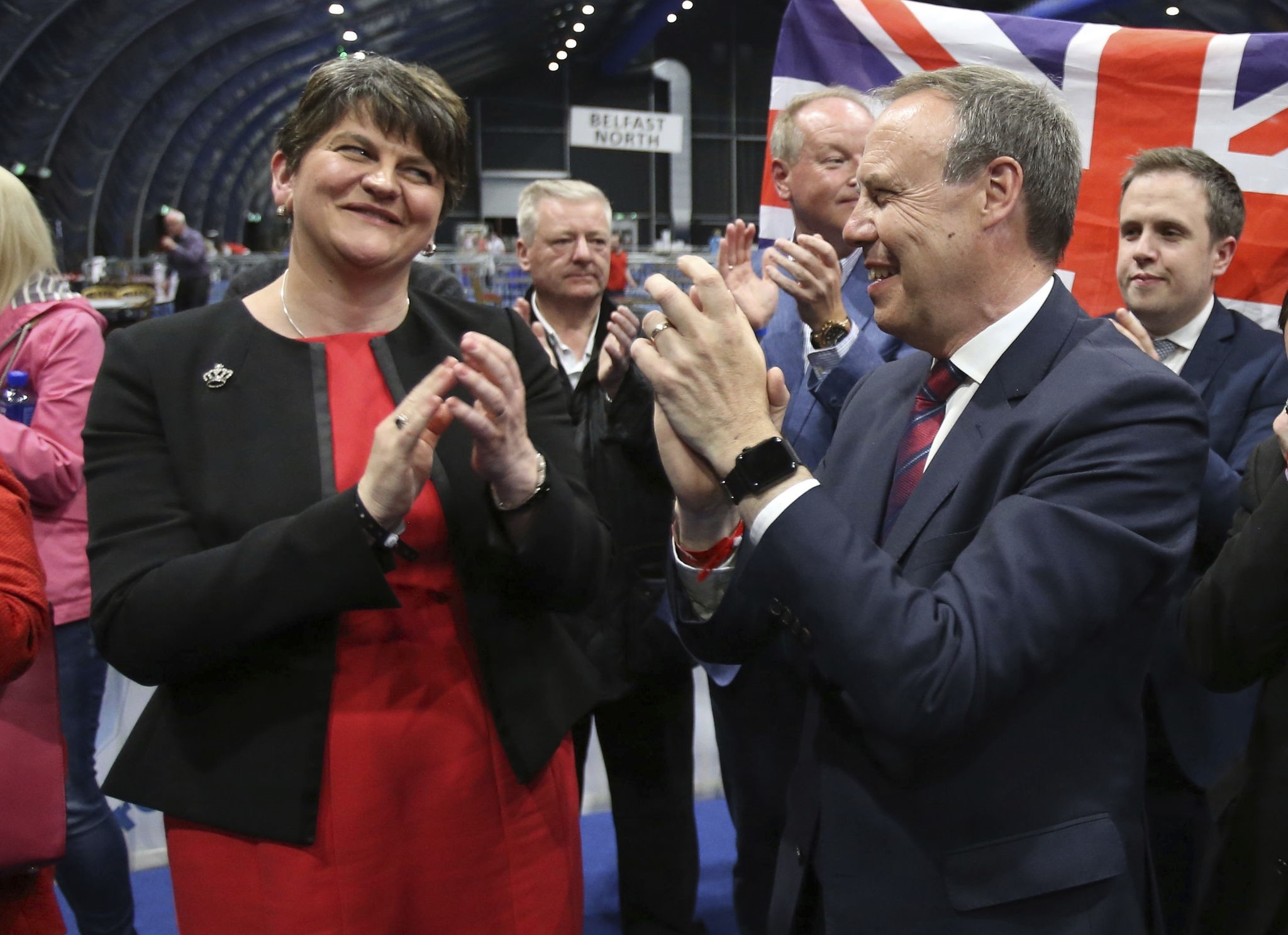 British voters spent Friday frantically Googling the name of a small Northern Irish party whose 290,000 votes and 10 seats in parliament hold the balance of power in the national parliament representing the United Kingdom's 65 million people.

As Britons awoke to news that Prime Minister Theresa May would have to turn to the Democratic Unionist Party (DUP) for support after unexpectedly losing her parliamentary majority in an election, the Northern Irish party's website crashed under the weight of curiosity.

A giant screen on Sky News asked "WHO ARE THE DUP?" and data from Google showed searches spiked significantly in the hours after the election results emerged.

Some remembered it as the party of Ian Paisley, the firebrand Protestant cleric who once heckled the Pope himself, calling him the antichrist.

The DUP forged its combative brand of British nationalism in the Protestant areas of 1970s Belfast as the bloody "Troubles" pitched hardline unionists fighting to remain part of Britain against mainly Catholic nationalists seeking a united Ireland.

Others noted that the party now was one of the most socially conservative in Europe, having sought to maintain some of the continent's strictest restrictions on abortion and consistently opposed gay marriage.

It recently backed the right of a Belfast bakery to refuse to make a cake with a gay rights slogan and proposed a law to allow religious business people to refuse to serve people where that would conflict with their religious beliefs.

At least one senior party member has defended creationism, the theory that the world was created by God 10,000 years ago.

And Paisley once declared the country and western style of dancing as "sinful".

In a pointed Twitter post linking to a speech describing the legalisation of same-sex marriage as life-changing, the openly gay Scottish Conservative leader Ruth Davidson reminded the potential new partners of the government that she was a "Protestant Unionist about to marry an Irish Catholic."

Davidson's Scottish Conservatives went from one seat to 13 in the election, giving the national party one of its few success stories on the night.

On Facebook, a post by a group calling for a protest against the Conserative-DUP tie-up attracted the interest of over 3,000 people.

May's former cabinet colleague George Osborne also could not resist a dig with a cartoon in the Evening Standard newspaper he edits which made an unflattering reference to the Orange Order, the group founded in 1795 who march the streets of Northern Ireland every year to protect Protestant interests.

The cartoon showed a member of the order in a trademark black bowler hat and orange sash with a tiny, angry-looking May in his front pocket.