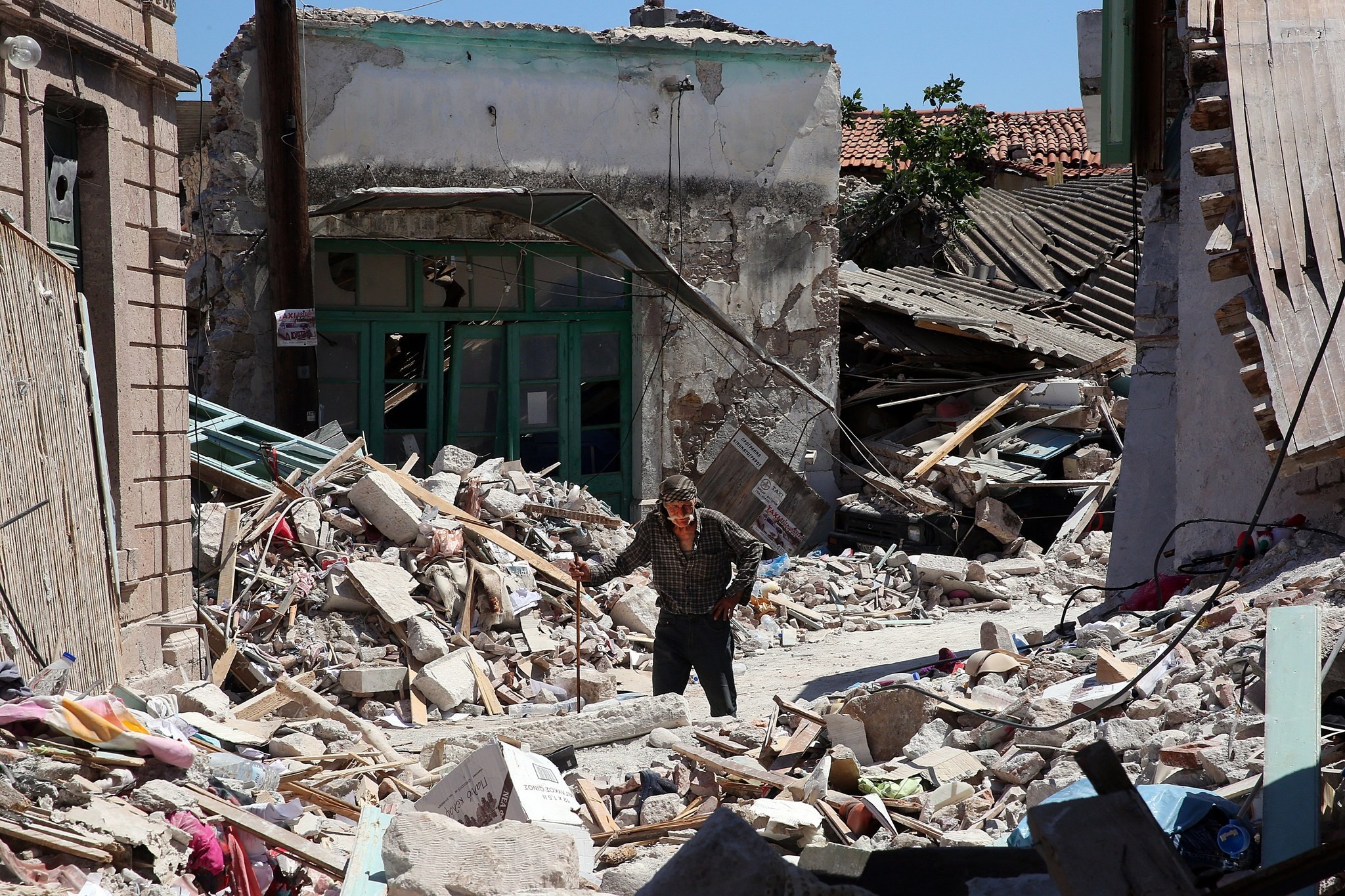 The residents of two villages on the Greek island of Lesbos have started to evacuate their homes after a 6.3-magnitude quake razed the houses and left one person dead and over 15 injured on Monday.

Around 1,850 residents of Vrisa and Plomari villages have already left their homes, taking shelter in tents, local hotels and a monastery after the underwater earthquake shook the south of Lesbos and was felt as far as Istanbul, as it rippled through the area and toppled buildings.

Rescue crews recovered the body of a 43-year-old woman in the ruins of her house some five hours after the quake struck the island.

Authorities ordered the evacuation of the community, living in the south of the island.

"Seventy to eighty percent of the homes in the village have collapsed. The destruction is very extensive in this village," police minister Nikos Toskas told state radio ANA.

"Fortunately, damage to other villages in the surrounding area is minimal," Toskas said.