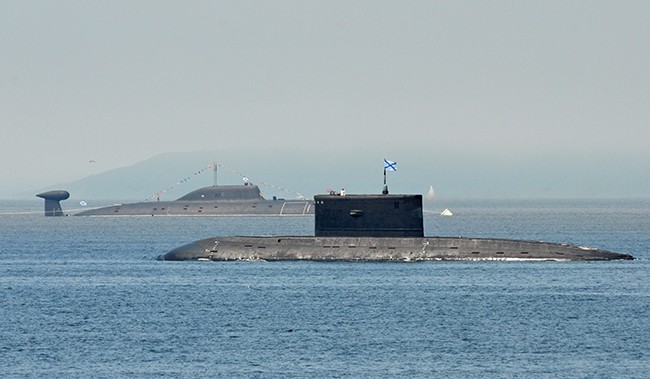 The 9,300-kilometer (5,770 miles) range Bulava missile was launched from a submerged position in the Barents Sea. The defense ministry said the missile's mock warheads reached their designated targets on the opposite side of Russia — the Kura shooting range on the far eastern Kamchatka Peninsula.

"According to the confirmed data fromf the registering equipment, the intercontinental ballistic missile warheads performed a full cycle of the flight and successfully hit the designated targets at the practice range," Russian defense ministry said in a statement.

The Bulava, which has been commissioned by the Russian navy after a long cycle of development, carries six nuclear warheads.

The Yuri Dolgoruky is the first in a series of Borei-class submarines carrying the Bulava. Russia now has three such submarines, and five more are under construction to gradually replace some of the older Soviet-built ones.