Charlie Gard: 350,000 call on UK government to allow terminally ill baby to travel to US 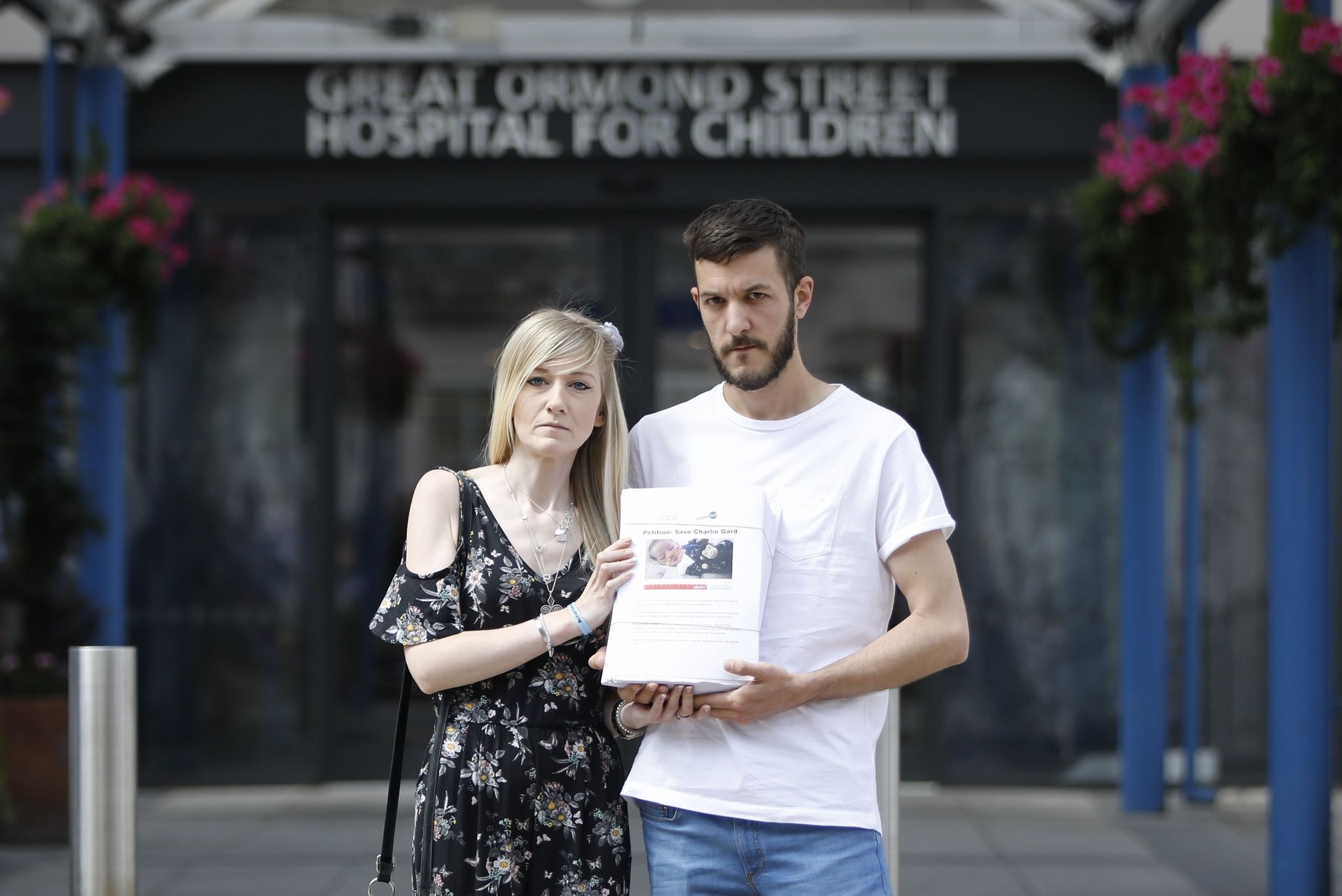 Connie Yates (L) and Chris Gard, parents of terminally-ill 10-month-old Charlie Gard, pose with a petition of signatures supporting their case, prior to delivering it to the Great Ormond Street Hospital for Children in London. (AFP Photo)
by Jul 09, 2017 12:00 am

The parents of a terminally-ill British baby boy on Sunday delivered a petition of over 350,000 signatures demanding they be allowed to take him to the United States for treatment.

Supporters joined 11-month-old Charlie's parents Connie Yates and Chris Gard outside London's Great Ormond Street hospital (GOSH), calling for him to be released so he can travel to the U.S. for experimental treatment.

The hospital said on Friday it would let the courts re-examine claims that he could be treated, citing "fresh evidence" after U.S. President Donald Trump and Pope Francis drew international attention to the case.

The courts had ruled that keeping the baby on life support would only prolong his suffering as there was no hope of him recovering from his extremely rare form of mitochondrial disease, which causes progressive muscle weakness, including in key organs such as the heart.

The case is expected to be heard on Monday.

Speaking outside the hospital, Yates said: "He's our son, he's our flesh and blood. We feel that it should be our right as parents to decide to give him a chance at life.

"There is nothing to lose, he deserves a chance," she added.

U.S. Congressmen Brad Wenstrup and Trent Franks have called for Trump to give the baby U.S. citizenship, and the @charliesfight Twitter campaign account re-tweeted a picture of the baby carrying the words "by executive order make me a U.S. citizen."

GOSH had been due to withdraw life support for Gard after his parents lost appeals in British courts and the European Court of Human Rights.

"This is not an issue about money or resources, but absolutely about what is right for Charlie," said the hospital. 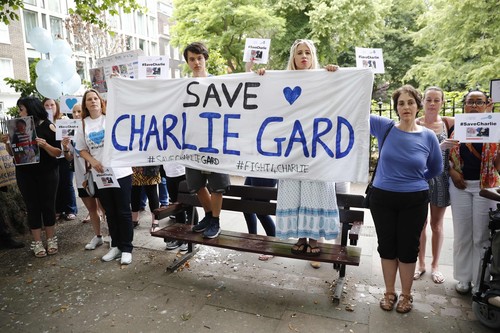 It said its doctors had "explored every medical treatment" and that further treatment "would be unjustified... and would prolong Charlie's suffering."

"Our view has not changed," it added.

Pope Francis last week expressed his support for the baby's parents and said he hoped doctors would allow them to "care for their child until the end".

A Vatican-run hospital in Rome then offered to treat Gard.

Trump also waded into the debate on Monday, tweeting that the United States "would be delighted" to help.

Mother Connie Yates maintains her son is "not in pain or suffering" and that "the support from the Pope and the President has given us hope."