Merkel to face questions of YouTubers in livestream ahead of election 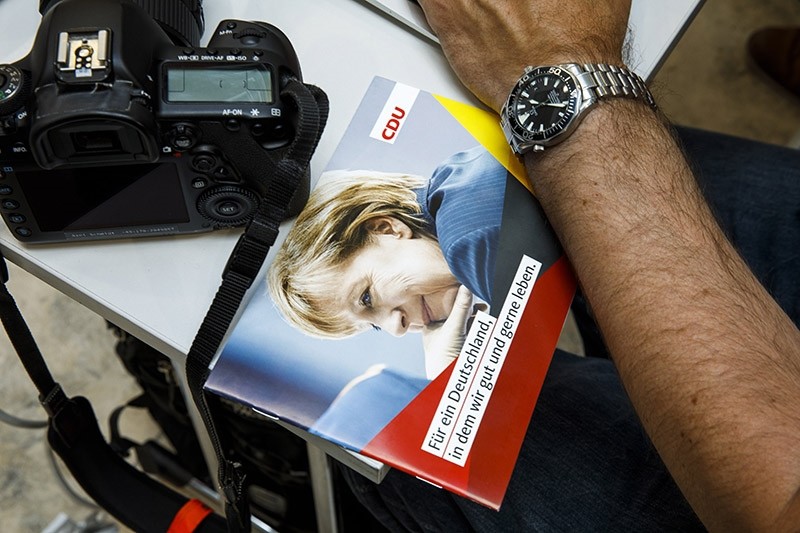 An information brochure of the Christian Democratic Union (CDU) for election campaign with pictures of the German Chancellor Angela Merkel, at the CDU headquarters in Berlin, Germany, 07 August 2017. (EPA Photo)
by Aug 08, 2017 12:00 am

Just over a month before she seeks re-election, German Chancellor Angela Merkel plans to spend an hour fielding questions from four young YouTubers in a livestream session.

The operators of four popular channels on the Google video platform - Alexi Bexi, Ischtar Isik, "MrWissen2Go" and "ItsColeslaw" - plan to quiz the chancellor between 1 and 2 pm (1100-1200 GMT) on August 16, the broadcaster ProSiebenSat.1 said on Tuesday.

The YouTubers represent a broad range of interests, the broadcaster said in a statement, from fashion and lifestyle to gadgets and technology.

People are invited to send their questions for the chancellor via #DeineWahl (Your Choice).

The interview is Merkel's second on YouTube. Two years ago she was quizzed by video star LeFloid. That interview was viewed more than 5 million times on YouTube alone.