Ukraine, Lithuania protest Poland’s proposal to use images of old cities on passports 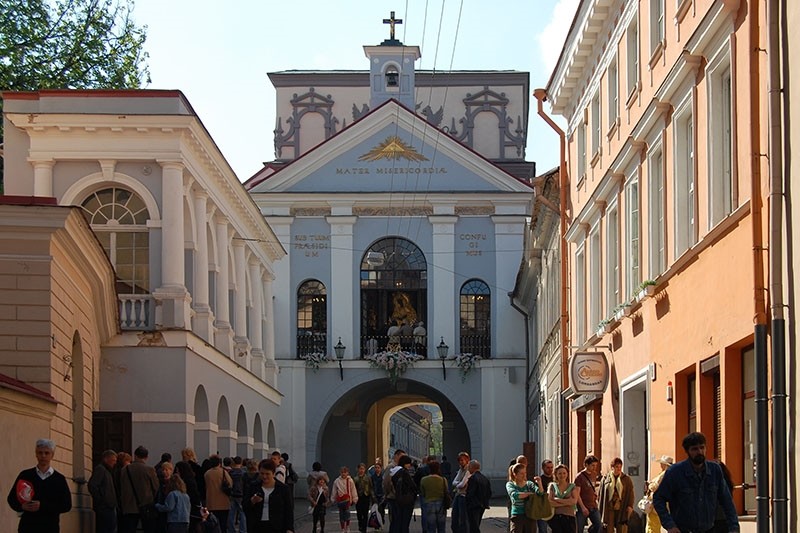 Ukraine and Lithuania are protesting a proposal by Poland's nationalist government to include images in Polish passports of landmarks in formerly Polish cities that are now within the borders of those neighboring countries.

The Polish proposal appears to break a longstanding practice of not making any claim, even symbolic, in former Polish territories lost in the redrawing of borders during the 20th century. The matter threatens to strain ties with both Lithuania, an ally in NATO and the European Union, and Ukraine, a neighbor that Warsaw has for years supported in its struggle for greater Western integration.

The new passports are to be introduced in 2018 as part of commemorations marking the 100th anniversary of Poland regaining its independence after more than a century of foreign rule. The pages will include background images of 13 national symbols that have already been chosen and 13 others which Poles have been called on to vote on.

Among those that have been chosen already is a Polish military cemetery in Lviv, Ukraine, while the Gate of Dawn in Vilnius, Lithuania, is among those Poles can pick. The voting is to run through Sept. 10.

Ukraine's Foreign Ministry said late Monday it had summoned the Polish ambassador, calling the inclusion of the Lviv cemetery "an unfriendly step that will have a negative impact on the development of the Ukraine-Polish strategic partnership."

The ministry urged Poland to refrain from "politicizing certain facts of history."

"We explained the situation and told him that it is not the way things should be moving. We are watching the situation closely and have already informed Poles about our attitude regarding this episode," Lithuanian Foreign Minister Linas Linkevicius told reporters last week.

Some Polish commentators also criticized the proposals, saying it would be as if the German state in its official documents used symbols of previously German cities that were given to Poland in the redrawing of borders that followed World War II.

Both cities, also home to significant Jewish communities, were inside the borders of the Second Polish Republic that existed between 1918 and 1939.