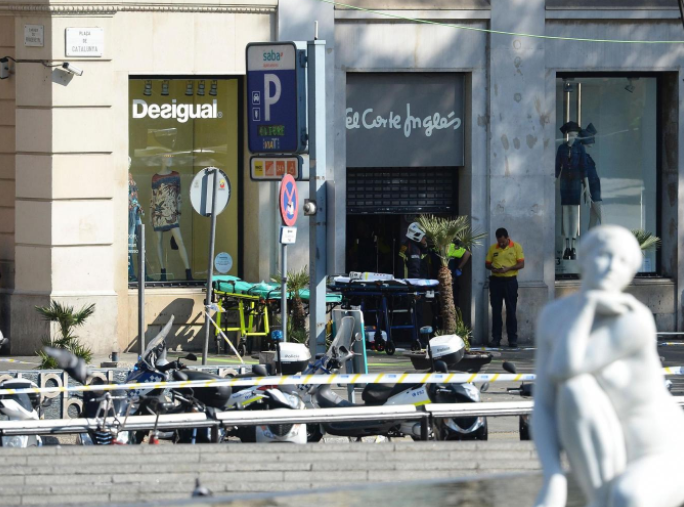 President Donald Trump appeared Thursday to endorse the idea of mass executions for extremists, as he alluded to a widely debunked account of summary punishment by a US general in the Philippines in the early 1900s.

Trump first sent out a tweet offering aid to Spain after Thursday's van attack in Barcelona that left at least 13 dead and more than 50 wounded.

About an hour later, Trump tweeted: "Study what General Pershing of the United States did to terrorists when caught. There was no more Radical Islamic Terror for 35 years!"

He was referring to General John "Black Jack" Pershing who was the US governor of largely Muslim Moro province from 1909 to 1913.

At the time, the Philippines was a US colony. And Pershing's forces had to fight Muslim counterinsurgencies.

The debunked account -- which Trump has referred to in the past -- is as follows: Pershing's forces rounded up 50 Muslim insurgents and executed 49 of them with bullets dipped in pig's blood -- considered by Muslims to be unholy.

"You heard that, right?" Trump said as a candidate during a rally in February 2016 in South Carolina, alluding to the pig blood part.

"They were having terrorism problems, just like we do," Trump said.

As the story goes, the 50th prisoner was released to tell his fellow fighters about what the Americans had done.

Historians have expressed skepticism or outright denial that this event took place.

According to the fact checking website Politifact, the late military historian Frank Vandiver said in 2003, referring to Pershing: "I never found any indication that it was true in extensive research on his Moro experiences. This kind of thing would have run completely against his character."

Trump endorsed waterboarding -- widely held now to be a torture technique, used during the George W. Bush administration in its war on terror and halted by Barack Obama -- during the presidential campaign.

Once in office, however, after US generals advised him against reverting to waterboarding, with some saying torture simply did not work as a way to extract information, Trump said he would yield to them.

And he stopped making public endorsements of the technique.