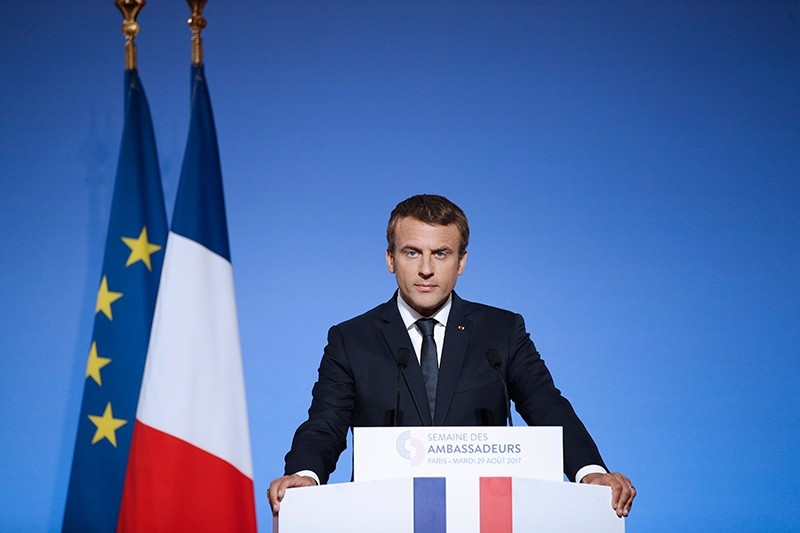 French President Emmanuel Macron said on Tuesday a contact group on Syria will meet at the United Nations in New York in September, as he called the fight against terrorism the priority of his foreign policy.

In an opening speech to the annual gathering of French ambassadors at the Elysee palace, Macron said the "main players" of the Syrian crisis would be involved, without elaborating. It remained unclear what the purpose of the new group would be and how it differed to previous contact groups.

Macron said cooperation with Russia had yielded "concrete results" on curtailing the use of chemical weapons in Syria, providing no details.

French president also said he planned to travel to the Middle East next spring, in a trip including Israel and the Palestinian territories, to help the peace process in the region and promote a two-state solution.

"We will continue our efforts with the United Nations to find a two-state solution, Israel and Palestine, living safely side-by-side within borders recognized by the international community, with Jerusalem at the capital of both states," he said.

Besides Israel and the Palestinian territories, Macron said the trip will include Lebanon and Jordan.

The 39-year-old leader also insisted there was no alternative to the 2015 nuclear deal with Iran, which has been fiercely opposed by U.S. President Donald Trump.

"There is no alternative to the non-proliferation agenda. It enables a constructive and demanding relationship with Iran," he said.

Facing dismal approval ratings less than four months into his term, Macron was looking to burnish his foreign policy credentials with the speech, which is a fixture on France's political calendar.