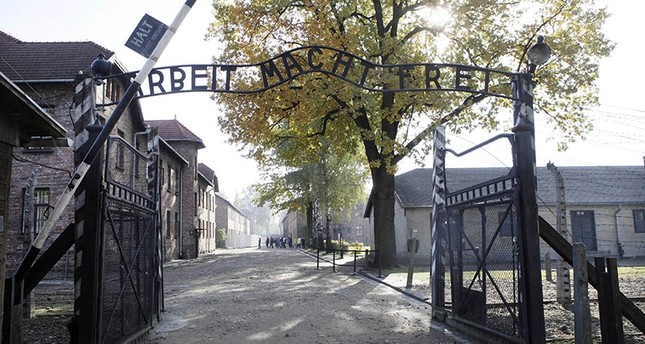 German prosecutors called Thursday for the case of a 96-year-old former Nazi medical orderly at the Auschwitz death camp to be thrown out because he was deemed unfit for trial.

Hubert Zafke had faced charges of 3,681 counts of being an accessory to murder in the concentration camp in Nazi-occupied Poland.

But concerns over his mental and physical health had led to repeated postponements of the trial, which began in February 2016 in the northeastern lakeside town of Neubrandenburg.

Stefan Urbanek, a spokesman for the regional prosecutor's office, said in a statement that medical evaluations in March and July this year had found the wheelchair-bound Zafke "unfit to stand trial".

"The experts reached this conclusion after having diagnosed dementia in October 2015, leading to a determination that Zafke could only stand trial on a limited basis," Urbanek said.

"Now the dementia has reached a severity that the defendant is no longer able inside and outside the courtroom to reasonably assess his interests or coherently follow or give testimony."

Urbanek said prosecutors were required by law after receiving this independent medical evaluation to submit a motion to dismiss the case.

Proceedings against Zafke, a farmer's son who joined the Nazi party's elite police force the Waffen-SS at age 19, had already been halted last October following complaints that the judges were biased.

The charges against Zafke focused on a one-month period in 1944 when 14 trains carrying prisoners -- including the Jewish teenage diarist Anne Frank -- arrived at Auschwitz-Birkenau.

Frank, who arrived in Auschwitz with her parents and sister, was later transferred to another camp, Bergen-Belsen, where she died in March 1945, just two months before the Nazis were defeated.

The International Auschwitz Committee, which represents Holocaust survivors, had sharply attacked Germany's handling of the case, saying the court was hurtling "between sloppy ignorance and complete disinterest" in a resolution.

Some 1.1 million people, most of them European Jews, perished between 1940 and 1945 in Auschwitz before it was liberated by Soviet forces.

More than 70 years after the prosecution of top Nazis began in Nuremberg, Germany has been racing against time to try the last cogs in the Third Reich's killing machine.

That approach changed radically after a legal precedent set by the 2011 conviction of John Demjanjuk, who was found guilty by a Munich court of being an accessory to the murder of more than 28,000 Jews while he was a guard at the Sobibor camp in occupied Poland.

Share on Facebook Share on Twitter
Previous in Europe A Swedish policeman was stabbed in a bustling Stockholm square on... Next in Europe Failure to defuse a World War Two bomb found at a building site in...
DAILY SABAH RECOMMENDS