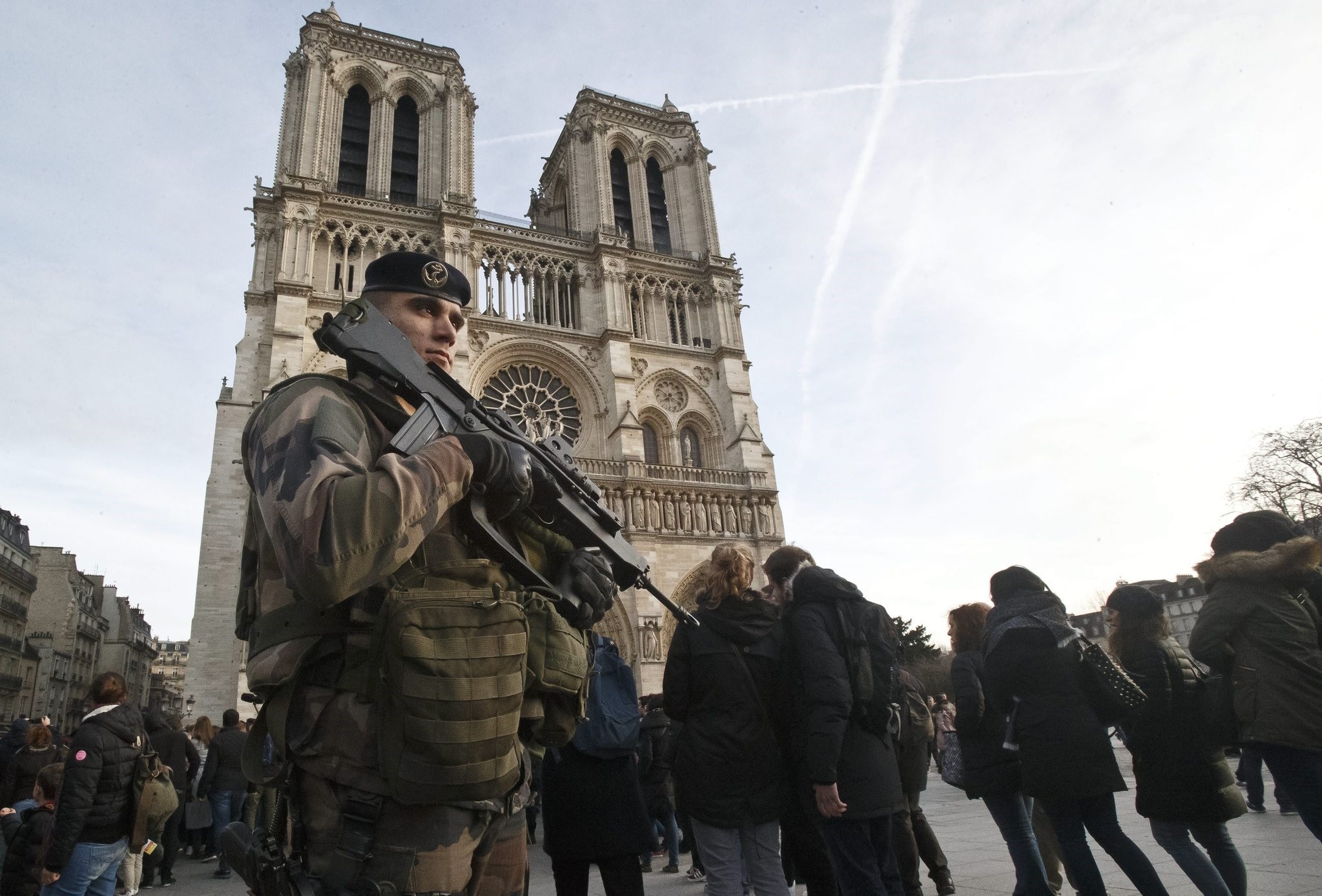 A knife-wielding man attacked a soldier on patrol as part of an anti-terror operation in Paris on Friday but did not cause any injuries, police said.

The attacker lunged at the soldier at the central Chatelet metro station around 6.30 am (0430 GMT), a police source said. The soldier quickly brought the man under control.

The attacker was not previously known to police, a source said.

French defence minister Florence Parly said the fact that the attacker was swiftly brought under control Friday was "proof of the professionalism and efficiency of the Sentinelle soldiers in their mission to protect".

"We do not know the intentions of the attacker, who was arrested," she told Europe 1 radio.

The incident was the latest of several attacks on troops deployed in large numbers to patrol sensitive places in France after a series of attacks left more than 230 people in France killed in the past three years. Several assaults by individual attackers have also sparked a debate over whether the troops should remain on the streets.

France announced on Thursday it was revamping Sentinel to make it a more mobile force whose movements were less predictable. But ministers said it numbers would not be reduced.

The country has been on high alert since a string of terror attacks swept across the country, which began in 2015.

Following that attack, the government launched an operation known as Sentinelle, deploying some 7,000 troops across the country to guard high-risk areas such as tourist sites and religious buildings.

French war planes have carried out bombing raids against Daesh strongholds in Syria and Iraq and the militant group has urged its followers to target France.

French media said the aggressor shouted references to Daesh as he attacked the soldier.