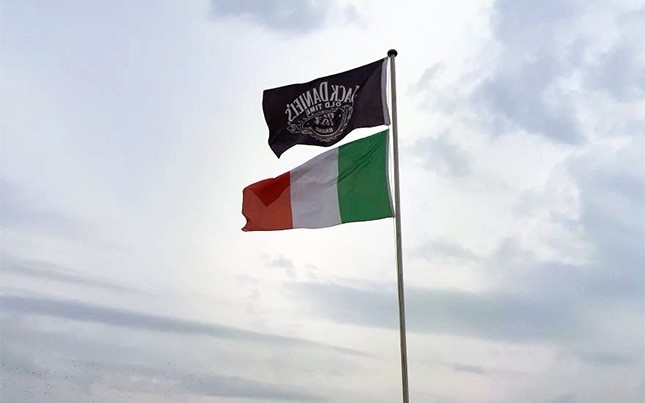 A young man caused great panic in Zurich, Switzerland after he hung a Jack Daniel's Whiskey flag on the roof of his house and his neighbors mistook it for the infamous black emblem of the Daesh terrorist group.

While the action was intended to be "just for fun", neighbors did not share his sense of humor, The Local reported.

One disturbed resident left a note in the 26-year-old's mailbox Saturday, asking whether he was a Daesh sympathizer.

"Should we be afraid of you?" the note read.

The Zurich resident claimed that despite attempts to find the man who hung the flag, he has not been located. He also noted that upon finding the jokester, he will open a law suit against him for causing him and other residents emotional distress.