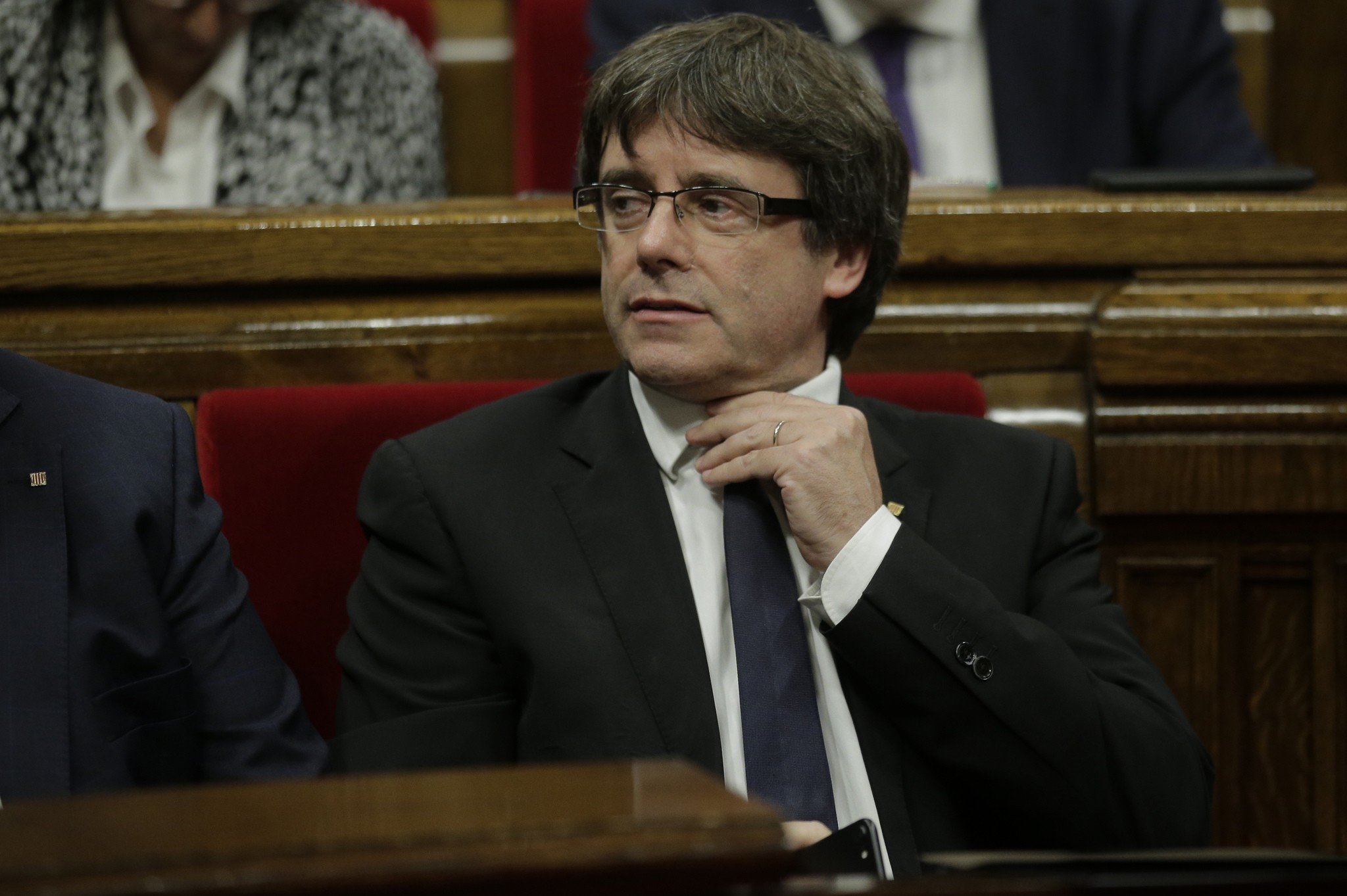 Catalonia should declare itself independent but "suspend" the effects of that move to pursue "dialogue" with the Spanish government, Catalan President Carles Puigdemont said Tuesday.

Asserting that he has a mandate to declare independence for the northeastern region, Puigdemont made a complete 180 and proposed waiting "a few weeks" in order to facilitate dialogue.

Puigdemont told the Catalan parliament that a landslide victory in the region's disputed Oct. 1 referendum on independence gives his government grounds to implement its long-held desire to break century-old ties with Spain. But he is suggesting holding off.

Puigdemont's speech was highly critical of the Spanish government's response to the referendum, but he said Catalans have nothing against Spain or Spaniards, and that they want to understand each other better.

At the end of his speech, Puigdemont was applauded by standing separatist lawmakers.