More than 2,500 migrants rescued in recent days in the Mediterranean, over 30 dead 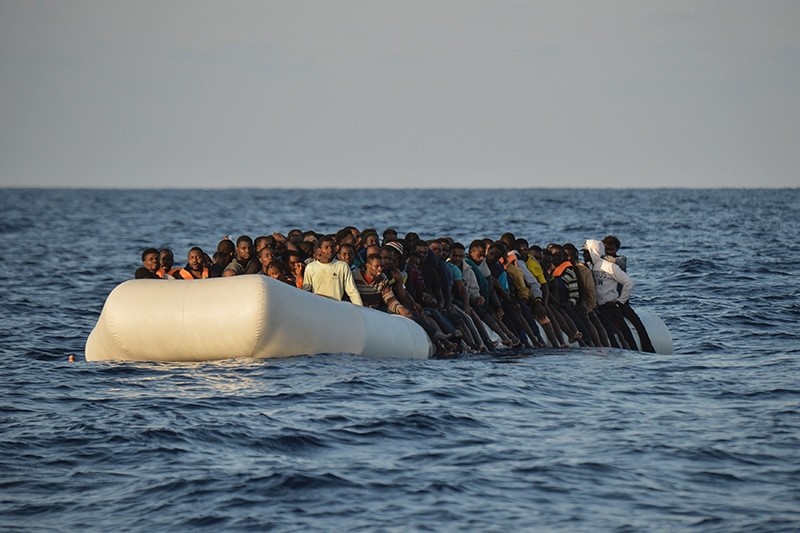 Migrant rescue missions have saved more than 2,560 lives in the Mediterranean in recent days, but over 30 people have died while attempting the perilous journey to Europe, the International Organization for Migration said on Saturday.

"Over 2560 #migrants saved in the Mediterranean in the last 4 days. 34 corpses recovered," Flavio Di Giacomo, a spokesman for the UN migration agency, wrote on Twitter.

Twenty-six bodies were recovered after a boat carrying migrants came into difficulty on Friday, a spokesman for the UN High Commissioner for Refugees said, adding that 64 people survived.

"There could still be some missing, but we won't know that until we have spoken with the survivors," the spokesman said.

The European Union's Sophia naval mission spoke of a "tough day" in a post on its official Facebook page. Its vessel was accompanied by a helicopter, which spotted sinking rubber boats on Friday with people falling into the water.

There have been significantly fewer refugee arrivals in Italy across the Mediterranean since August, but there are still frequent rescue operations.

The International Organization for Migration says that more than 2,800 people have died attempting to cross the Mediterranean this year.