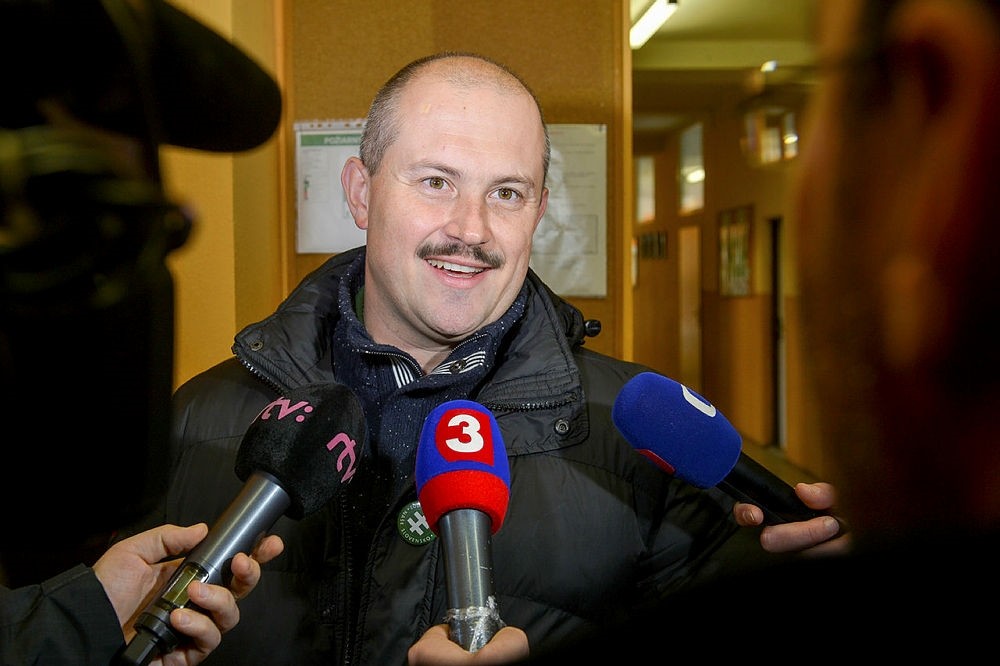 Rightwing and centrist parties emerged as the winners in Saturday's vote, the Slovak statistics office said, and they will now govern in five out of seven Slovak regions.

Smer, led by Prime Minister Robert Fico, will have regional governors in the remaining two regions, having lost four governor's seats in the vote, in which turnout was just 30 percent.

Kotleba, head of the LSNS party, lost in his native central region of Banska Bystrica to independent candidate Jan Lunter, who was backed by coalition and opposition parties which joined forces against the far-right governor.

Only two of 336 LSNS candidates have been elected into regional assemblies in Slovakia, a eurozone member with 5.4 million inhabitants.

"The fascist party was defeated and it is also important that the political map of Slovakia has changed," Grigorij Meseznikov, head of the Bratislava-based Institute for Public Affairs, a think-tank, told AFP.

Hostile to both the Roma minority and the established elite, Kotleba has spoken warmly about former Slovak president Jozef Tiso, who agreed to deport tens of thousands of Jews to Nazi Germany during World War II.

He attributed his defeat to a media campaign which "voters preferred to real achievements", he told reporters on Sunday.

"We fought a coalition of seven parties backing Mr Lunter. The fight was unfair and even though media and candidates kept talking about democracy and a free society, it was all against one in the end," Kotleba said.

Kotleba became governor in 2013 by tapping into anti-Roma sentiment, and in the 2016 general elections his LSNS party secured 14 seats in the 150-member parliament.

But Smer, which leads a three-party governing coalition with the Slovak Nationalist Party (SNS) and the Most-Hid Hungarian minority party, has suffered one of its greatest defeats in recent history.

"You have started a revolution. The first domino fell," Igor Matovic, head of the opposition centrist OLANO party, told voters after the election, in which OLANO won two governor's seats.

Saturday's vote has "redrawn the political map of Slovakia," said Meseznikov, the analyst.

"The poor election results of the once-dominant Smer party could turn it into a party with less significance," he said.