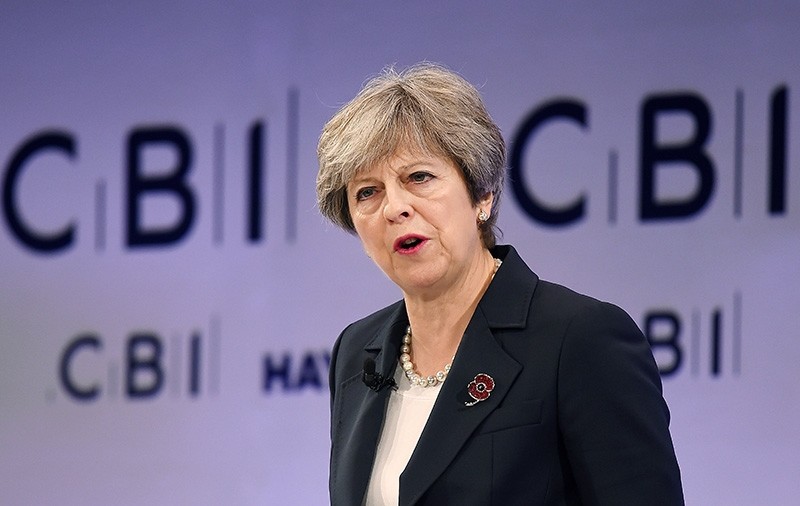 British Prime Minister Theresa May called Monday for a new "culture of respect" in public life amid what she called troubling allegations of sexual harassment and abuse in British politics.

May is meeting with other party leaders later in a bid to form a common policy on tackling abuse. The scandal has already triggered the resignation of the country's defense secretary, an investigation of May's deputy and the suspension by their parties of several Conservative and Labour lawmakers.

"Women and men should be able to work free from the threat or fear of harassment, bullying or intimidation," May said in a speech to the Confederation of British Industry group. "But for too long the powerful have been able to abuse their power, and their victims have not felt able to speak out."

Since revelations emerged about Hollywood mogul Harvey Weinstein, researchers, staff and journalists working in British politics have begun to come forward with allegations of sexual abuse and harassment by lawmakers and officials in Parliament. In several cases, they have accused political parties on failing to take action and even discouraging victims from going to police.

The claims have ranged from unwanted touching and suggestive emails to allegations of rape.

May said "what has been revealed over the last few weeks has been deeply troubling — and has understandably led to significant public unease."

Both May's Conservatives and the opposition Labour Party have set up new measures to deal with allegations of wrongdoing, but May says she wants a cross-Parliament approach to provide consistency for all workers.

Home Secretary Amber Rudd said Sunday the torrent of abuse allegations marked a "watershed moment" in British politics and could result in a "clear out" of offenders.