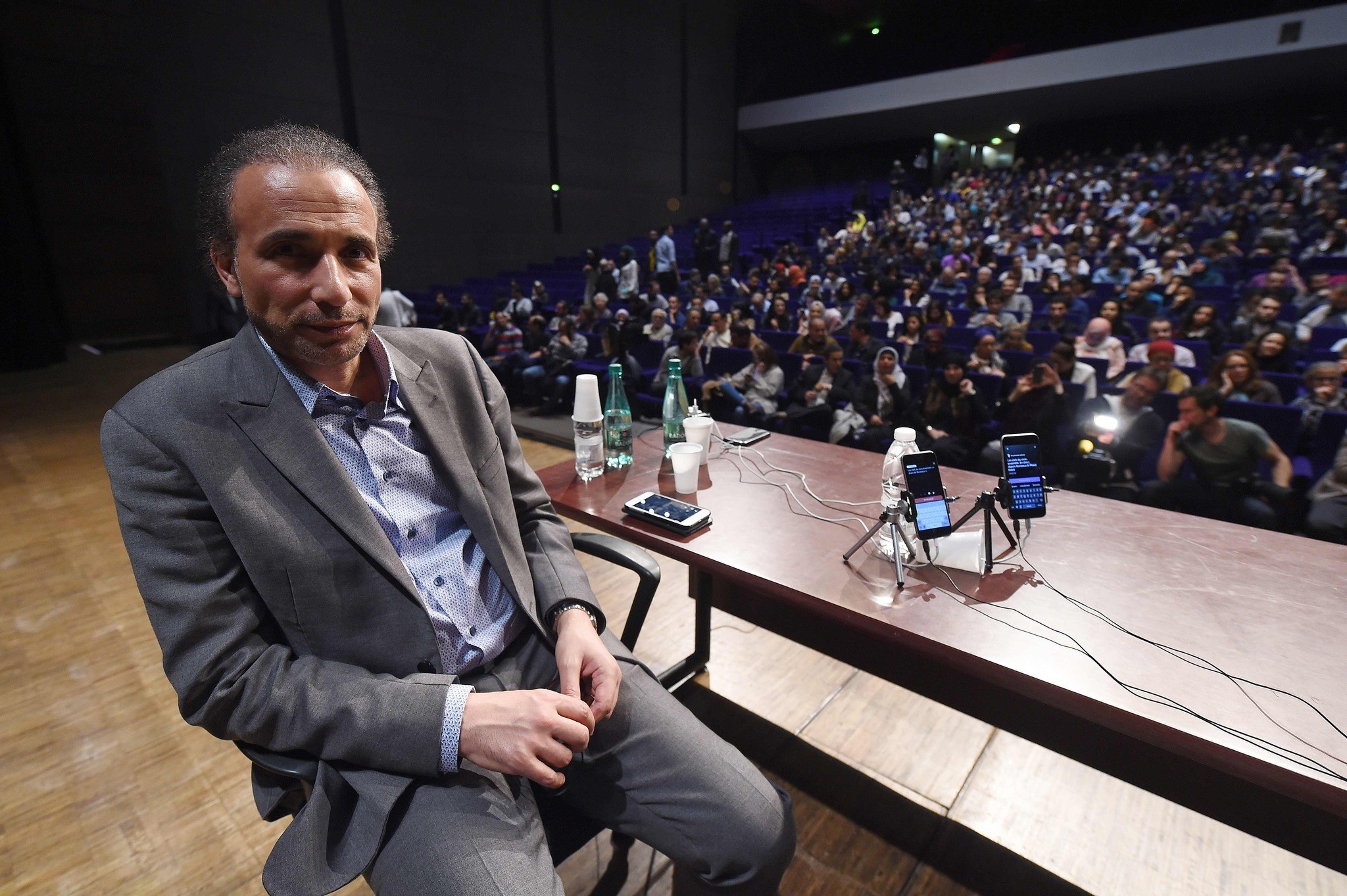 This file photo taken on March 26, 2016 shows Swiss Islamologist Tariq Ramadan posing during a conference on the theme ,Live together, in Bordeaux. (AFP Photo)
by Daily Sabah Nov 07, 2017 12:00 am

Prominent Swiss intellectual Tariq Ramadan denied all allegations of rape and sexual harassment against him in France as Britain's University of Oxford said he had taken a leave of absence from the university by mutual agreement.

The Geneva-born academic, the grandson of Hasan al-Banna, a prominent thinker and activist who founded the Muslim Brotherhood, has denied allegations made by the two women, including author Henda Ayari, who said he raped her on the sidelines of a Muslim convention in Lyon in 2012 and also filed a complaint for slander.

"Anonymous allegations have been made against me in Geneva accusing me of the abuse of students who were minors nearly 25 years ago. I categorically deny all these allegations."

The University said it acknowledged the gravity of the allegations against Professor Ramadan, and added that his duties will be reassigned and he will not be present on campus.

"By mutual agreement, and with immediate effect, Tariq Ramadan, Professor of Contemporary Islamic Studies, has taken a leave of absence from the University of Oxford," the university said in a statement.

"An agreed leave of absence implies no presumption or acceptance of guilt and allows Professor Ramadan to address the extremely serious allegations made against him, all of which he categorically denies," it added.

After Oxford's decision, Ramadan posted another statement, saluting the university for "defended the principle of presumption of innocence without minimising the gravity of the allegations against him."

"Contrary to reports in the French-language press, I have taken leave of absence upon mutual agreement with Oxford University, which will permit me to devote my energies to my defence while respecting students' need for a calm academic environment."