RT editor says company will register as foreign agent in US 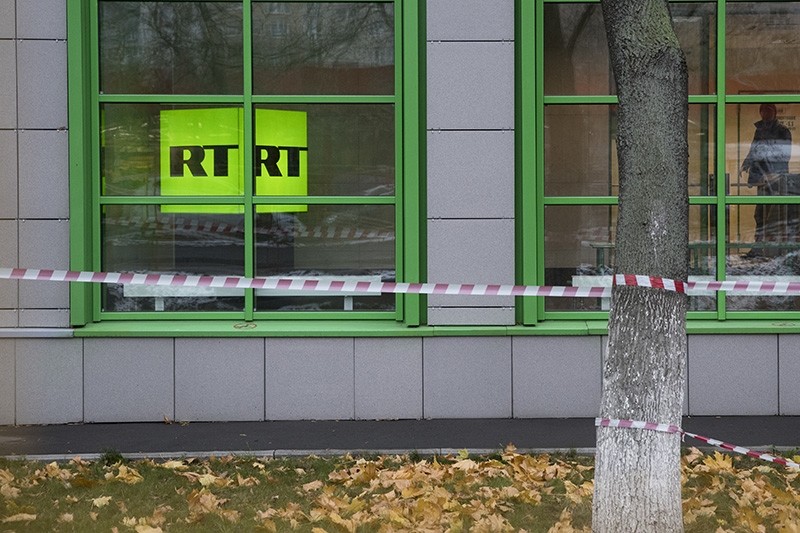 The chief editor of Kremlin-funded satellite TV channel RT says the company will accede to a U.S. demand to register as a foreign agent but intends to challenge the issue in court.

RT reported Thursday that the U.S. Department of Justice has demanded the registration be done by Monday. The department declined to comment to The Associated Press.

Chief editor Margarita Simonyan said a failure to register could mean the arrest of RT's American director and the freezing of its accounts.

She said on RT's Russian-language website that "between such consequences and registration as a foreign agent, we are forced to choose registration. Although, of course, we categorically disagree with this requirement."

"We believe this requirement is not just contrary to the law, and we intend to prove it in court. This requirement is discriminatory, it contradicts both the principles of democracy and freedom of speech," she said.

RT began operations in 2005 under the brand Russia Today, claiming to present the Russian view on global news and to cover stories ignored by mainstream Western news media. It has been widely criticized in the West as a propaganda outlet and for trafficking in conspiracy theories.

"The brutal pressure on the Russian media proves that the American side is still following the path of conscious deterioration of relations. We consider its requirements as a desire to eliminate the source of alternative information, an unacceptable violation of international standards of press freedom," it said in a statement on Facebook.

Foreign Ministry spokeswoman Maria Zakharova said Russia would retaliate, but did not elaborate.

"There is an understanding that the practical phase of putting these retaliatory measures into effect will begin next week," she was quoted as saying by state news agency Tass.