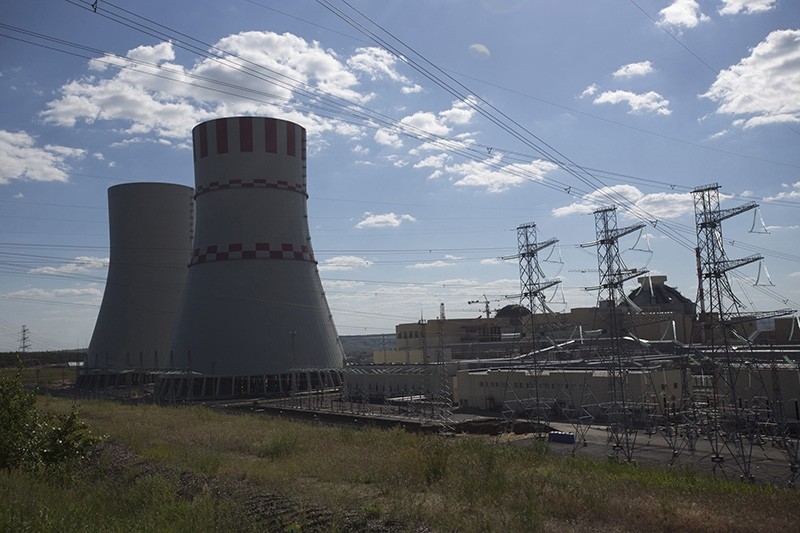 Russian authorities on Tuesday confirmed reports of a spike in radioactivity in the air over the Ural Mountains while the suspected culprit, a nuclear fuel processing plant, denied it was the source of contamination.

The Russian Meteorological Service said in a statement Tuesday that it recorded the release of Ruthenium-106 in the southern Urals in late September and classified it as "extremely high contamination." Russian authorities insisted, however, that the amount of Ruthenium posed no health risks.

France's nuclear safety agency earlier this month said that it recorded radioactivity in the area between the Volga River and the Ural Mountains from a suspected accident involving nuclear fuel or the production of radioactive material. It said the release of the isotope Ruthenium-106 posed no health or environmental risks to European countries.

Last month, when reports of a trace of Ruthenium over Europe first appeared, Russia's state-controlled Rosatom corporation denied any leak. Rosatom reaffirmed Tuesday that the Ruthenium emission registered by the state meteorological service hadn't come from any of its facilities.

Rosatom said it's committed to the highest standards of transparency and is working closely with international organizations to identify the potential source of the emission.

The Russian meteorological office's report, however, noted high levels of radiation in residential areas adjacent to Rosatom's Mayak plant for spent nuclear fuel. Air samples in the town of Argayash in late September-early October, for example, showed levels nearly 1,000 times higher than those recorded in the previous months.

The Russian Natural Resources Ministry which oversees the meteorological office in a statement later on Tuesday sought to reassure the public, claiming that the radiation levels there still were lower than those deemed to be dangerous.

Mayak in a statement on Tuesday denied being the source of contamination. The plant said it has not conducted any work on extracting Ruthenium-106 from spent nuclear fuel "for many years."

Mayak, in the Chelyabinsk region, saw one of the world's worst nuclear accidents on Sept. 29, 1957, when a waste tank exploded, contaminating 23,000 square kilometers (9,200 square miles) and prompting authorities to evacuate 10,000 residents from neighboring regions.

Some details of the disaster were first released to the public in 1989 as part of former Soviet leader Mikhail Gorbachev's openness campaign, but the exact scope of its impact on the local population has remained unclear. Environmental activists said the damage has been compounded by other accidents, leaks and the discharge of liquid waste.

In 2004 it was confirmed that waste was being dumped in the local Techa River. Nuclear regulators say that no longer happens, but anti-nuclear activists say it's impossible to tell given the level of state secrecy.

In 2016, Associated Press reporters visited a village downstream from Mayak where doctors have for years recorded rates of chromosomal abnormalities, birth defects and cancers vastly higher than the Russian average. A Geiger counter at the riverbank in the village of Muslyumovo showed measurements 80 to 100 times the level of naturally occurring background radiation.

A decades-long Radiation Research Society study of people living near the Techa River, conducted jointly by Russian and American scientists, has linked radiation particularly to higher rates of cancer of the uterus and esophagus.

The Nuclear Safety Institute at the Russian Academy of Sciences, which oversees safety standards for the country's nuclear industry, has insisted that Mayak's nuclear waste processing system presents no danger to the surrounding population.

Environmental pressure group Greenpeace said in a statement on Tuesday that it would petition the Russian Prosecutor General's office to investigate "a possible concealment of a radiation accident" and check whether public health was sufficiently protected.