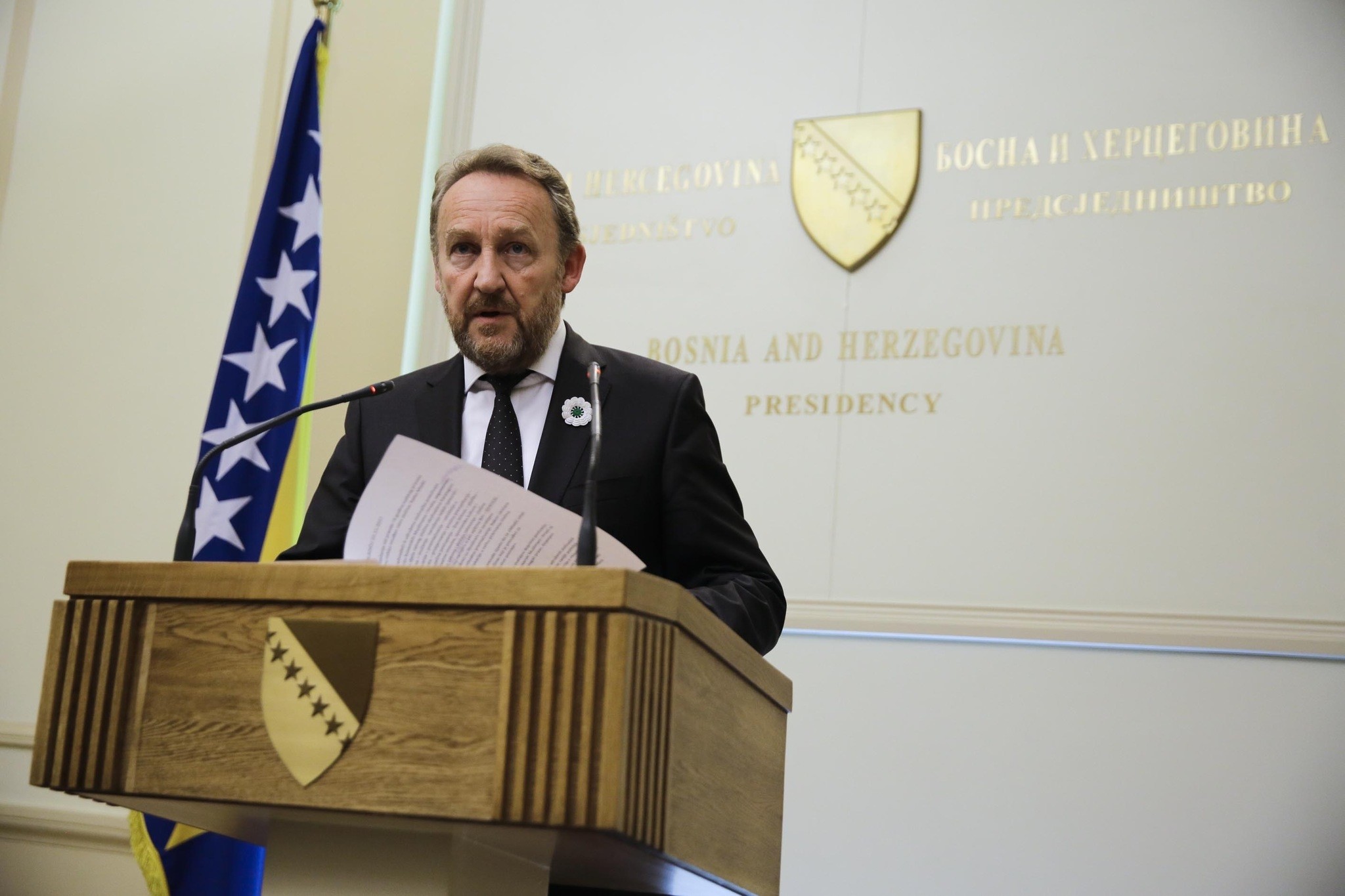 "Accepting of the truth is the only path, the only way, that the future in this country will become better that the past," Izetbegovic told a news conference in Sarajevo.

The Hague-based U.N. tribunal ruled that Mladic, widely known as the "Butcher of Bosnia," will spend the rest of his days behind bars after finding him guilty on 10 charges of war crimes and genocide during the inter-ethnic war in the 1990s.

"No people, neither Serbian, should call Ratko Mladic a hero, make songs about him, glorify crimes," Izetbegovic said.

He said he was convinced that Serbs do not identify themselves with Mladic and his crimes which he said should be "put on Ratko Mladic and removed from the Serbian people's shoulders."

"It is of crucial importance for future in Bosnia-Herzegovina, notably for inter-ethnic ties, to remove such burden from people and place it on individuals."

"The past is behind us; it is worth referring to only as much as it can influence a better future."

Izetbegovic, the Muslim member of Bosnia's joint presidency, is the son of Bosnian Muslim leader Alija Izetegbovic who fought for his country to survive in war and peace during the 1990s.