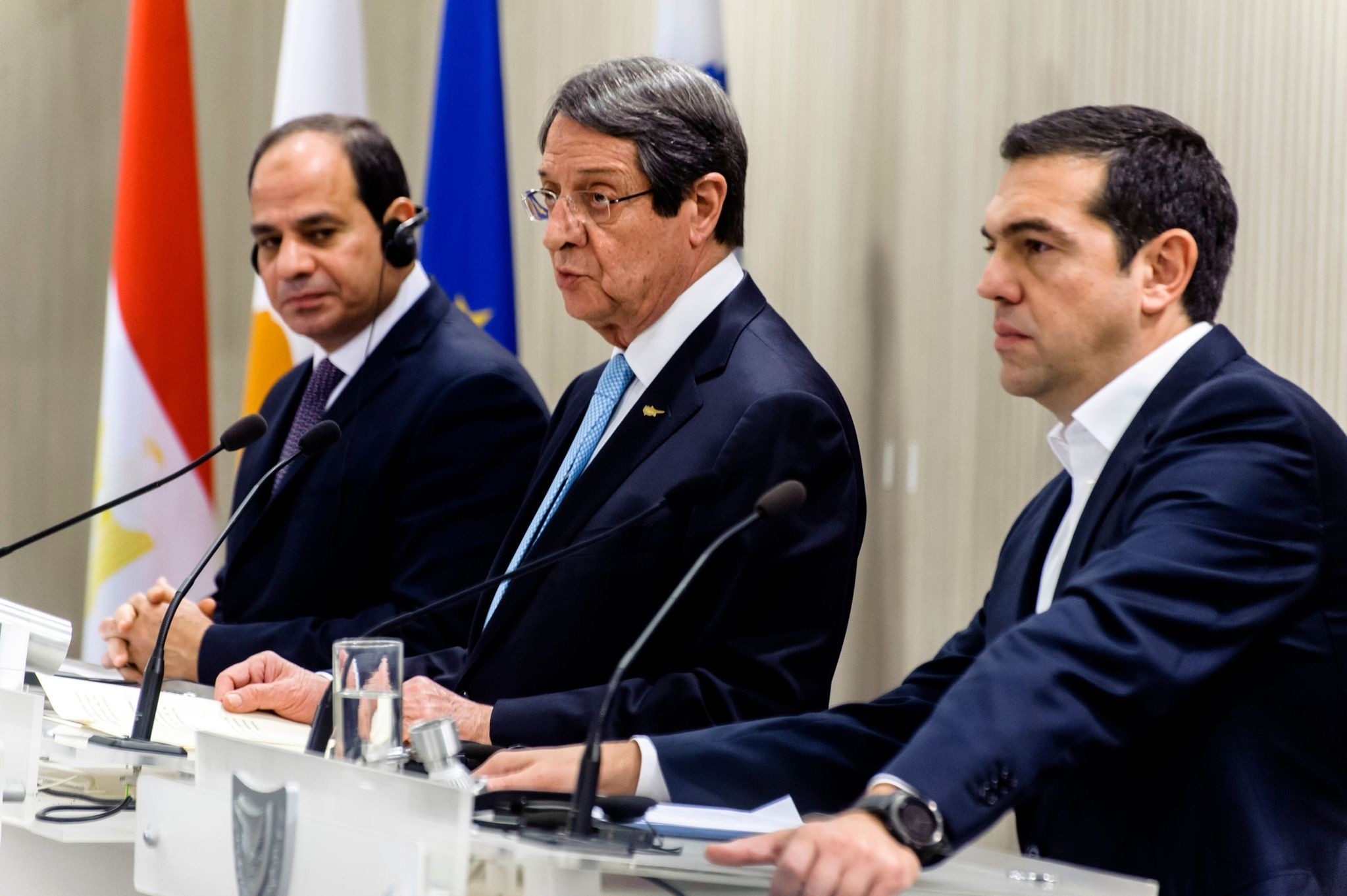 The leaders of Egypt, Greece and Greek Cyprus pledged Tuesday to boost cooperation among their countries.

Greece, Egypt and Greek Cyprus are elements of stability and cooperation in the eastern Mediterranean and this is very important, Tsipras said at a joint press conference.

He added he had very important expectations regarding relations among the three countries, especially in terms of the economy, logistics, energy, tourism, security and the defense industry.

Tsipras also touched on re-unification talks for the long-divided Greek Cyprus and the Turkish Republic of Northern Cyprus.

"We support a reunified, fair and lasting solution based on the prosperity of all Cypriot people within the framework of the U.N. resolutions," he said.

The eastern Mediterranean island was divided into a Turkish Cypriot state in the north and a Greek Cypriot administration in the south after a 1974 military coup was followed by Turkey's intervention as a guarantor power.

There has been an on-and-off peace process over recent years, with the latest initiative in Switzerland under the auspices of guarantor countries Turkey, Greece and the U.K. collapsing earlier this year.

Tsipras said the cooperation among Greece, Greek Cyprus and Egypt was progressing and deepening. He added that the next summit would be held on Greece's largest island, Crete.

Anastasiades said a joint business cooperation protocol has also been signed between the parties.

"The presence of hydrocarbons in the region can and should be a catalyst for larger cooperation in the area," he said.

Turkey has repeatedly warned the Greek Cypriot Administration about its hydrocarbon-related research in the Eastern Mediterranean, saying Turkish Cypriots also have rights to the resources around the area.

Sisi said the cooperation among the three countries is also aimed at maintaining the security and prosperity of the people.