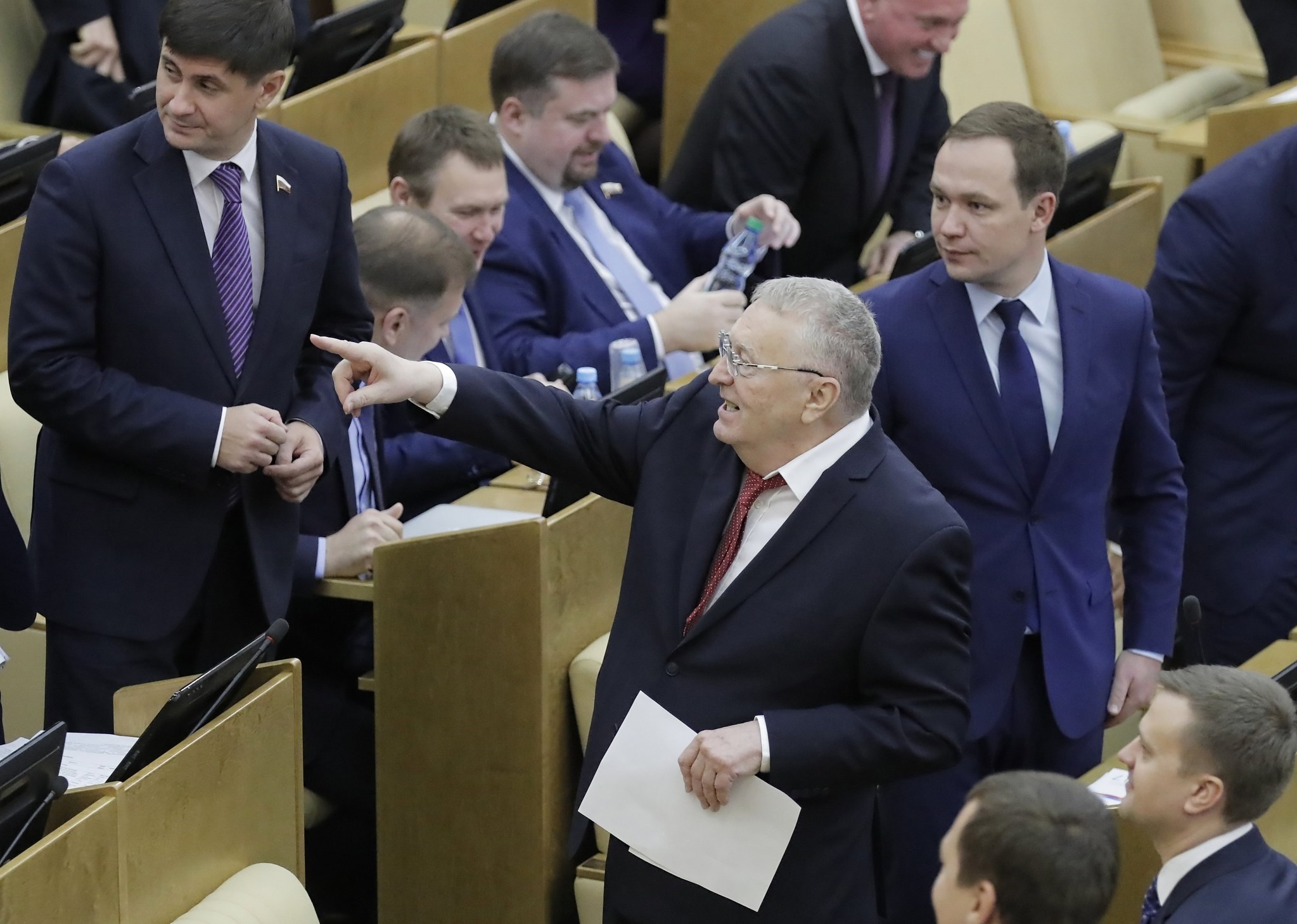 The Russian Liberal Democratic Party (LDPR) head and parliamentary LDPR fraction's leader Vladimir Zhirinovsky (front) gestures prior to a plenary session considering the draft of amendments to the Russia's Law on Media on Nov. 15, 2017 (EPA Photo)
by Nov 22, 2017 12:00 am

Last week the "foreign agents law" was swiftly approved by the lower chamber of the legislature. It now needs President Vladimir Putin's signature to become law.

The move by the compliant parliament heavily dominated by Putin's loyalists comes after his threat this month that Russia would respond in kind to what he said were Washington's measures to restrict the freedom of speech of Russian media organizations operating on U.S. soil.