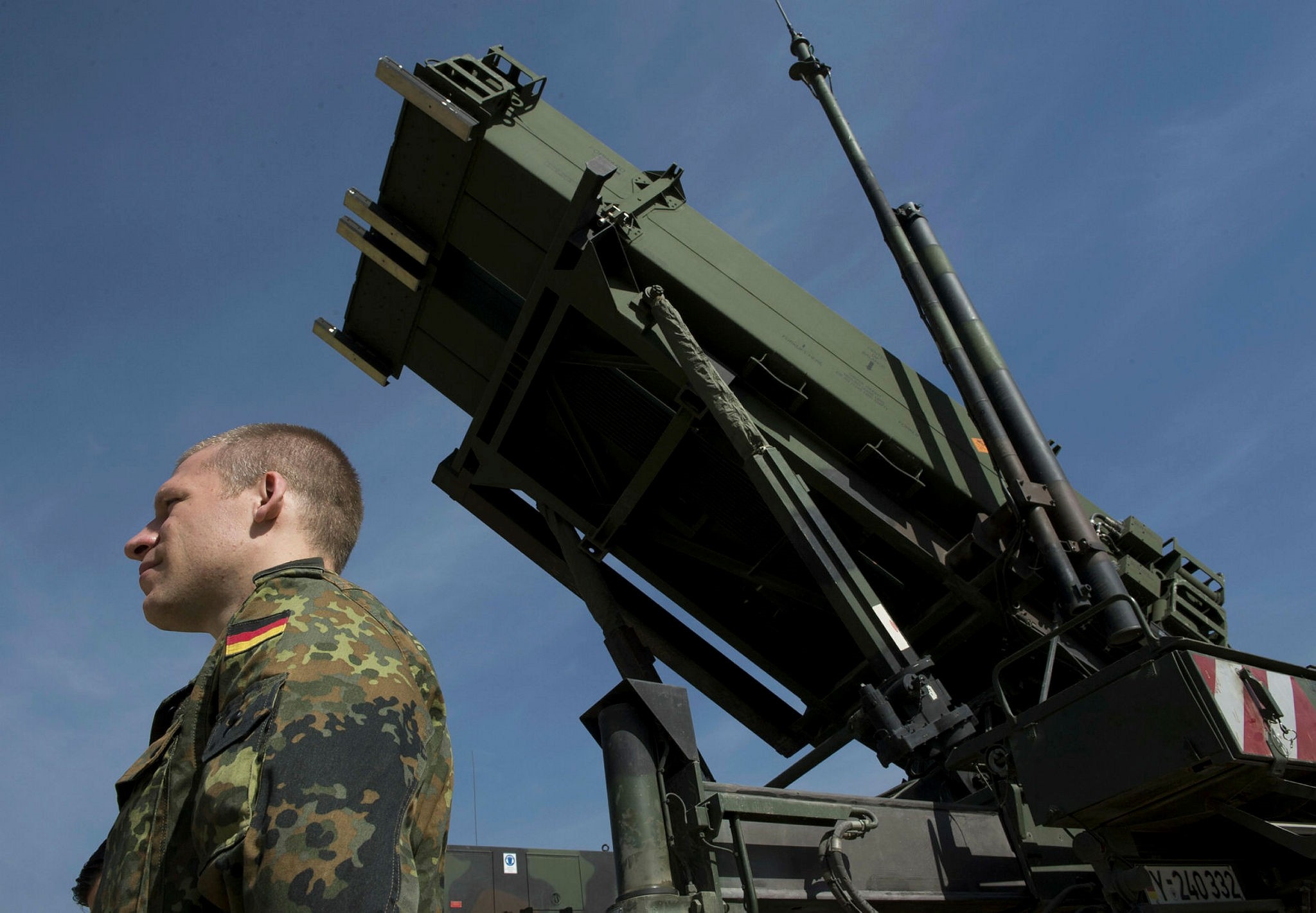 This file photo taken on March 25, 2014, shows a German soldier standing to attention in front of a German Patriot missile launcher at the Gazi barracks in Kahramanmarau015f, southern Turkey. (AFP Photo)
by Anadolu Agency Dec 12, 2017 12:00 am

Germany's parliament approved on Tuesday temporarily extending military deployments in Iraq, Afghanistan and Mali, amid a prolonged political deadlock in the country after an election in September.

In the 709-seat parliament, 436 lawmakers voted in favor -- while 226 lawmakers voted against and 10 abstained -- of extending Germany's support for the global coalition fighting Daesh, through the deployment of Tornado surveillance jets and a tanker aircraft in Jordan.

The decision allows continued air surveillance over Iraq and Syria until March 2018 to gather data on Daesh targets.

Another government proposal to extend the deployment of German armed forces in northern Iraq was also approved by an overwhelming majority as 435 lawmakers voted in favor of extending the military mission, which provides training to Kurdish peshmerga forces in the region.

Some 196 lawmakers voted against the motion, while 37 abstained.

The parliament also approved on Tuesday extending Germany's military contribution to the "Resolute Support" mission in Afghanistan, the MINUSMA mission in Mali and the "Sea Guardian" mission in the Mediterranean.

All the mandates were extended for another three months, in order to allow Germany's next government to make its own assessment in spring 2018 on the future of these military deployments.

Merkel's conservative CDU/CSU alliance emerged as the largest bloc in the Bundestag following September's federal election but failed to secure an absolute majority.

Coalition talks between the conservative bloc, the Free Democratic Party and the Greens failed last month after weeks of negotiation.

Last week, the SPD agreed to preliminary talks. The SPD's leader Martin Schulz previously opposed a repetition of the "grand coalition" of the previous parliament -- blaming it for his party's electoral losses.