2 killed, 21 injured by firecrackers during New Year celebrations in Germany 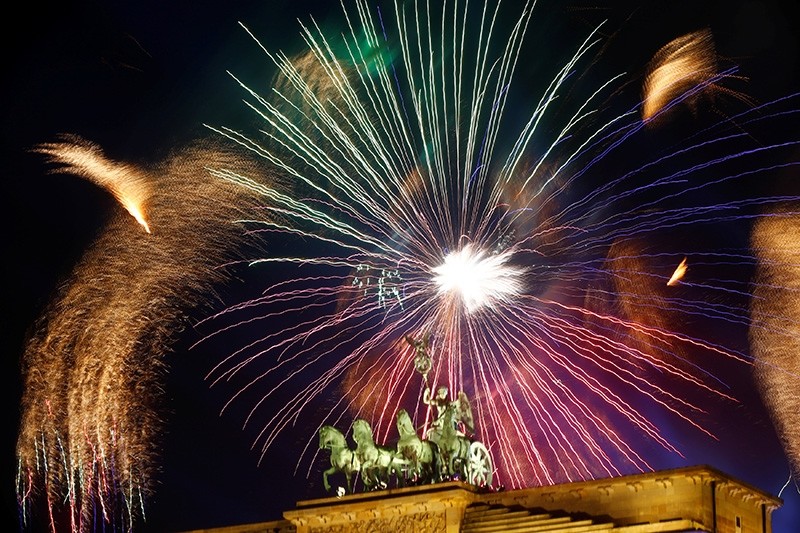 Fireworks explode next to the Quadriga sculpture atop the Brandenburg gate during New Year celebrations in Berlin, Germany, Jan. 1, 2018 (Reuters Photo)
by Jan 01, 2018 12:00 am

A 35-year-old man and a 19-year-old died when fireworks went off in their faces in the eastern state of Brandenburg, regional police said on Twitter.

A firework thrown by a group of youths left an 11-year-old boy with severe facial injuries in the same region, regional daily Markische Allgemeine reported.

The paper described the firework as a "Polish rocket" sold on the Polish border and which typically contains more explosive than those which retail in Germany.

In Berlin, five people had hands or fingers amputated after suffering severe injuries with fireworks leaving 21 people hurt overall in the capital, according to hospital officials.

Firework-related accidents, fires and assorted injuries are a regular feature of New Year celebrations in Germany.