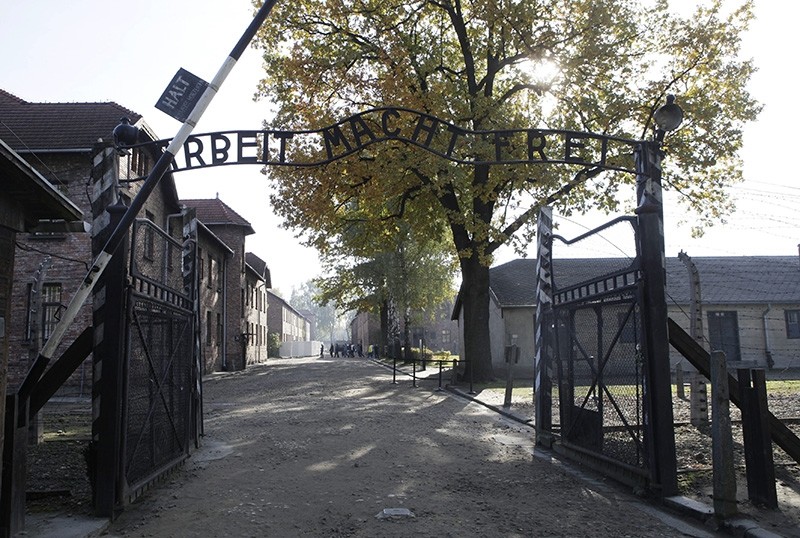 In this Oct. 19, 2012 file photo the entrance with the inscription ,Arbeit Macht Frei, (Work Sets You Free) gate of the former German Nazi death camp of Auschwitz is pictured at the Auschwitz-Birkenau memorial in Oswiecim, Poland. (AP Photo)
by reuters
Jan 26, 2018 12:00 am

Polish lawmakers approved a bill on Friday that makes it a crime, punishable by up to three years in prison, to use statements suggesting Poland bears responsibility for crimes against humanity committed by Nazi Germany.

The bill will also make it illegal to deny the murder of about 100,000 Poles by units in the Ukrainian Insurgent Army (UPA) during World War Two, a move likely to increase tensions with neighboring Ukraine. Artistic and scientific activity will be exempt.

Poles have fought for years against the use of phrases like "Polish death camps", which suggest Poland was at least partly responsible for the camps where millions people, mostly Jews, were killed by Nazi Germany. The camps were built and operated by the Nazis after they invaded Poland in 1939.

"This amendment equips Poland with the most important tools that have long been at the disposal of other countries" Deputy Justice Minister Patryk Jaki told state news agency PAP.

Poland's ruling Law and Justice (PiS) party has invoked Poles' suffering under Nazi occupation - including a death penalty for those who helped Jews - to respond to historical accounts that some Poles also committed crimes against the Jews during the war.

PiS is currently battling accusations from the opposition that the party's nationalist-minded, eurosceptic focus was helping to reinvigorate the far right.

The head of the Ukrainian national remembrance institute said on social media on Thursday that passing of the bill was likely to halt cooperation between Ukrainian and Polish historians, the PAP agency reported.

In November, Ukraine summoned the Polish ambassador in an escalation of a diplomatic spat over the two neighbors' troubled past.