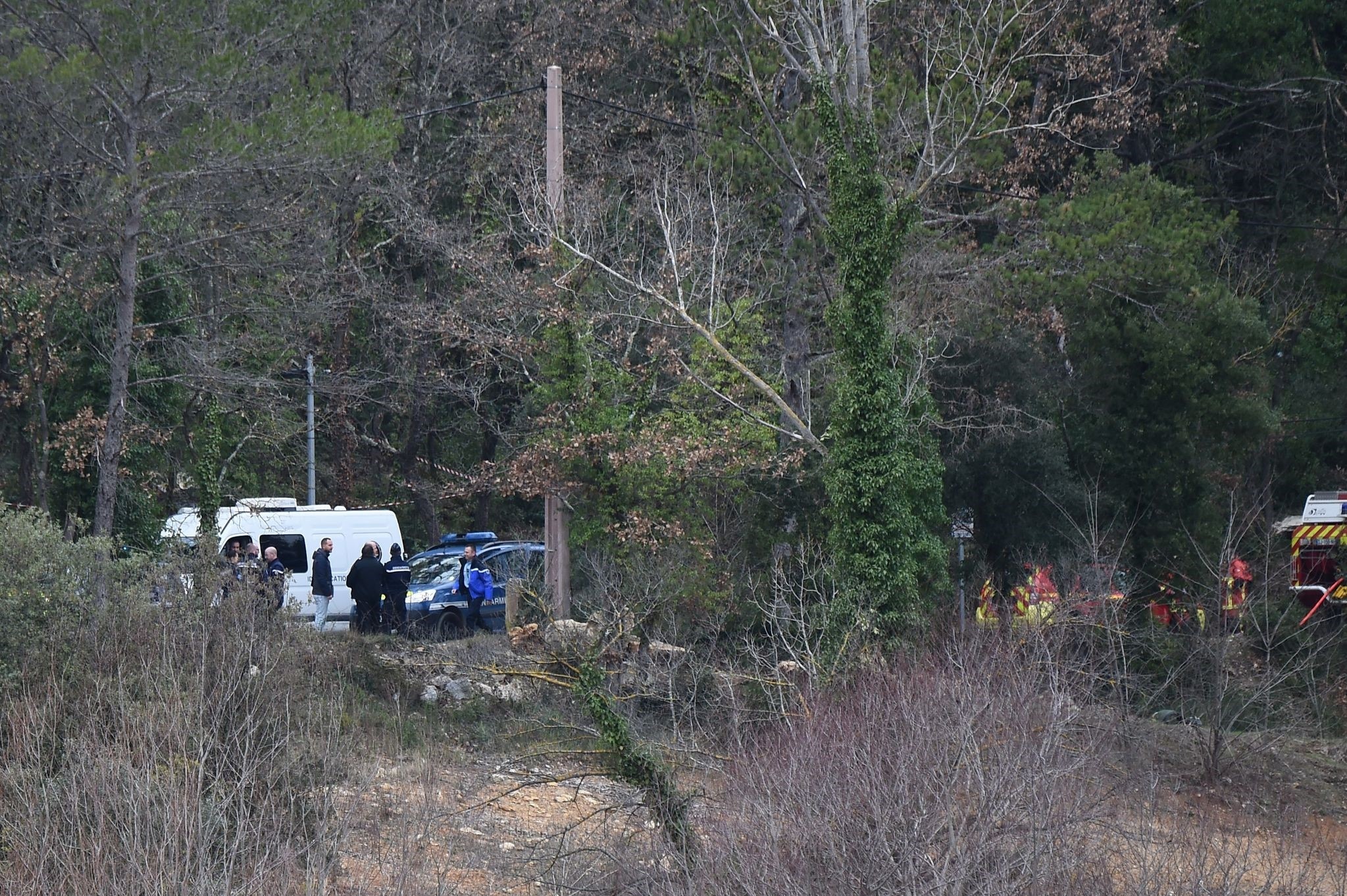 French gendarmes (L) and firefighters (R) work at the site of an accident on February 2, 2018, after two army helicopters crashed into each other. (AFP Photo)
by Associated Press Feb 02, 2018 12:00 am

Officials said the crash occurred between the small towns of Cabasse and Carces, in the picturesque Var region, about 50 kilometers (30 miles) north of Saint-Tropez.

Police cordoned off roads throughout a broad zone around the crash site, and some three dozen police and military officials were dispatched to the scene, according to a local gendarme.

The gendarme said three people aboard one helicopter were killed and two people on the other. Officials gave conflicting information about how many people were aboard altogether and whether anyone had survived the crash.

Debris scattered across two large zones, but the area is uninhabited and no one on the ground was hurt, said the gendarme, who wasn't authorized to be publicly named.

A spokeswoman for the French army said the helicopters came from the army's light aviation school based in nearby Le-Cannet-des-Maures. The school includes a special joint training program with German military pilots, and its pilots are sometimes used for firefighting operations in the area.