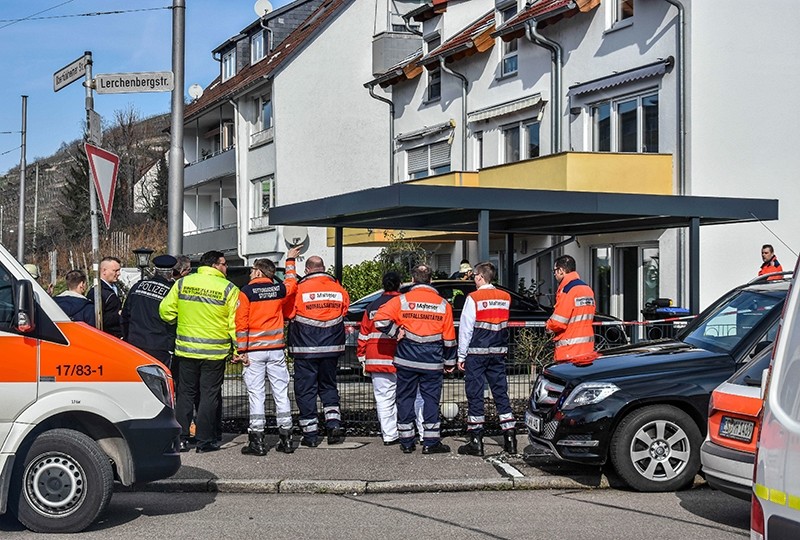 Rescue workers stand outside a house in Esslingen near Stuttgart, southern Germany, Monday, Feb. 5, 2018 after four people were found dead there along with indications of elevated carbon monoxide levels in the building. (AP Photo)
by Compiled from Wire Services Feb 05, 2018 12:00 am

A Turkish couple and their two young children were found dead Monday in their house in Esslingen, a town near southwestern Stuttgart city, in what authorities said was a case of suspected carbon monoxide poisoning.

Police were alerted on Monday by a relative who got no response when he rang and knocked on the door, and then saw two people lying on the floor through a window.

Fire officers found the bodies of a man and woman, both 29, their 3-year-old daughter and 4-year-old son inside.

The poisonous gas has no smell or taste and its intake in large amounts may cause death.