At least 11 asylum seekers injured, 200 others evacuated in clashes on Lesbos 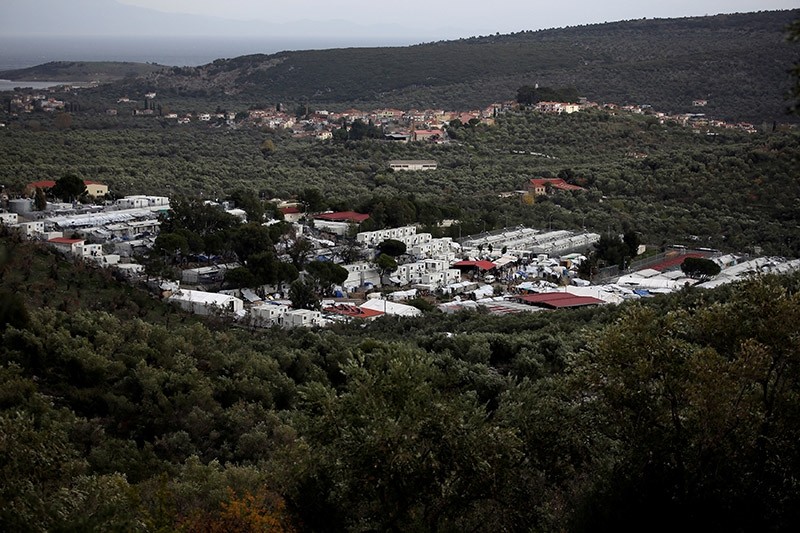 At least 11 asylum seekers were treated after clashes with police in a camp on the Greek island of Lesbos on Wednesday and about 200 women and children were evacuated to a nearby warehouse, aid group Medecins Sans Frontieres (MSF) said.

More than 5,000 asylum seekers live in the Moria refugee camp, nearly twice its intended capacity. Protests over living conditions are not uncommon but Wednesday's clashes, which a police spokesman said broke out after a group of about 50 people set fire to garbage bins, are among the most serious in months.

A local news website said the violence was sparked by the attempted suicide of a Syrian man in the camp on Monday and said police used tear gas and flash grenades to disperse the crowd.

A police official confirmed to Reuters that riot police had to intervene but would not comment on the reported use of tear gas and flash grenades.

MSF posted on Twitter that it had provided medical aid.

"Our team treated eleven people, among them small babies and pregnant women after clashes between #refugees and #Greek police. 200 women and children were evacuated to a nearby warehouse," it said.

"The situation is calmer, but #Moria continues to be an awful place to live."

Lesbos was the gateway to Europe in 2015 for nearly a million refugees and migrants, mostly fleeing Syria, Iraq and Afghanistan. This month marks two years since the European Union and Turkey agreed to stem the flow.

Under their deal, anyone who arrives on Greek islands must be returned to Turkey unless they qualify for asylum, but procedures can take several months and protests have erupted over delays, as well as living conditions which have been described by rights groups as unfit for humans.