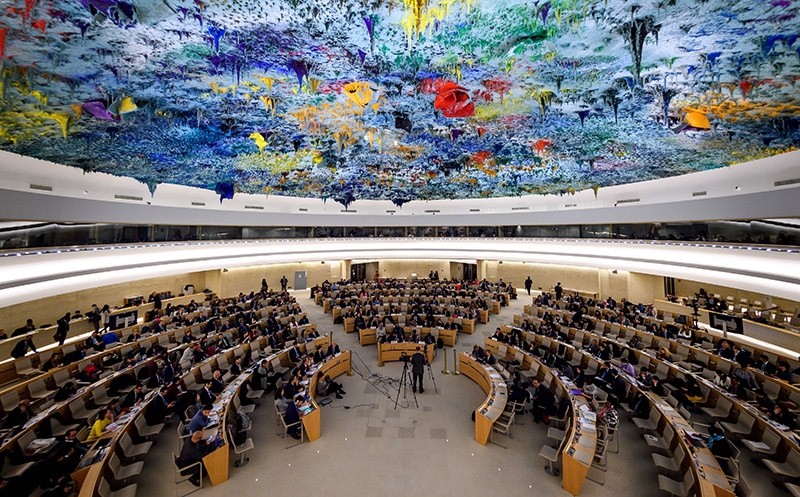 United Nations staff in Geneva have called a strike for Friday after winning backing from 90 percent of more than 1,000 employees who cast ballots, the staff council said.

The rare move will shut down the Human Rights Council and other meetings held at the U.N. European headquarters in the Swiss city, it said on Thursday.

Angry U.N. staff in Geneva began protesting last May against a 7.5 percent cut to their salaries, the equivalent of almost a month's pay, which has now taken effect for professional level staff.

The salary cut was proposed by the International Civil Service Commission (ICSC), a group of independent experts, which surveyed the cost of living in eight U.N. locations. It said the cut for Geneva-based staff would align them with colleagues in New York, where purchasing power has dropped.

"The first day of strike is tomorrow (Friday)...Please therefore stay at home," read an email to staff from the staff council, seen by Reuters on Thursday after ballots were counted.

No demonstration was planned and work was to resume on Monday, it added.

"The results of the vote are hugely positive and show your courage in saying a big NO to efforts by the ICSC and our employer to weaken our conditions of service, in an arbitrary manner. You also said NO to intimidatory emails from management," the staff council said.

U.N. officials said that some events including the main news briefing were being maintained but had no other details.