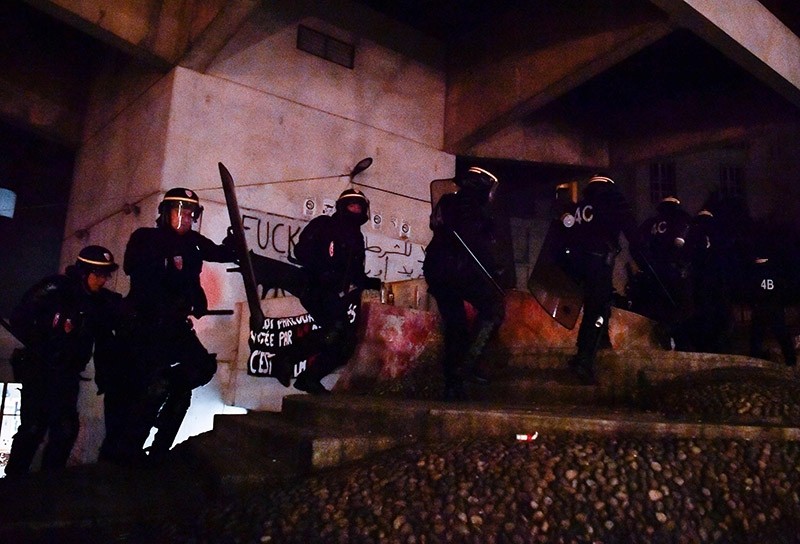 French police swooped before dawn on Friday to clear out around 100 people who had occupied a Paris university premises in protest against student admissions rules.

It was one of a dozen blockaded campus sites in the country and the clear-out was accompanied by a government message that law and order would be restored as the exam period approaches.

Paris police said one person had been arrested in what was otherwise an evacuation that had happened "calmly and without any incident."

The head of the university had requested police intervention more than a week ago, saying protesters, at least some of whom are believed to be anti-government activists rather than people studying there, had seriously damaged the premises.

"Law and order will be restored everywhere," Collomb said in a statement.

The site concerned was the rue de Tolbiac branch of Paris 1 university, a premises in southeast Paris.

Protesters had blocked access for several days, piling up tables and chairs to control who was coming in, setting up communal kitchen and dormitories and organizing non-curriculum classes.

French rail workers have been holding strikes in protest against government plans to reform the state-owned SNCF railways firm to cut the state's debt, although a protest on Thursday failed to draw in as many as unions had hoped for.