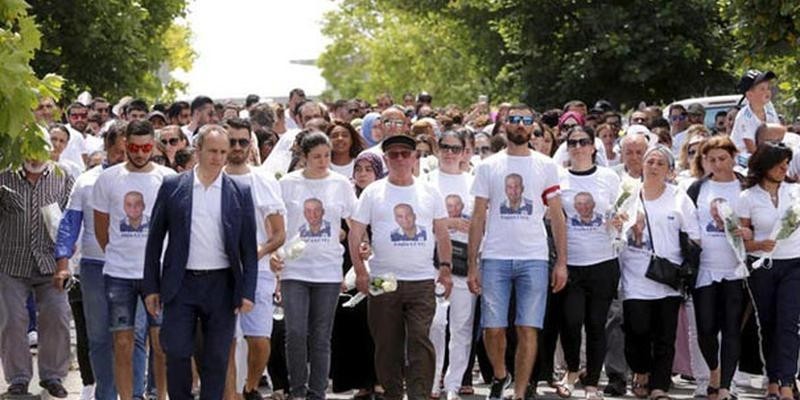 Thousands of people attended the "White March" to protest the death of Engin Güneş, a 28-year-old bus driver who got caught in a shootout between rival drug gangs while sitting in a café in Marseille.

According to the local La Provence newspaper, the march was organized by Engin's family and close friends, and around 3,000 people attended the march to protest gang shootings and the lack of reaction from the officials.

Protesters, most of them wearing white shirts with Engin's picture on it accompanied by the words "Never again", gathered in the Plan d'Aou neighborhood and marched to the café where Engin was shot. After the march, protesters made a statement saying that the government has lost its authority in Marseille's gang infested zones.

The protesters also targeted President Emmanuel Macron and the Mayor of Marseille Jean-Claude Gaudin, saying that they ignored Engin's family and his case.

District Senator Samia Ghali, who also attended the march, wrote a letter to President Macron, asking him to invite the Güneş family to the Elysee Palace. Ghali also called on the government to take action regarding the violent crimes in parts of Marseille and recognize those who died during the violence as "the real victims".