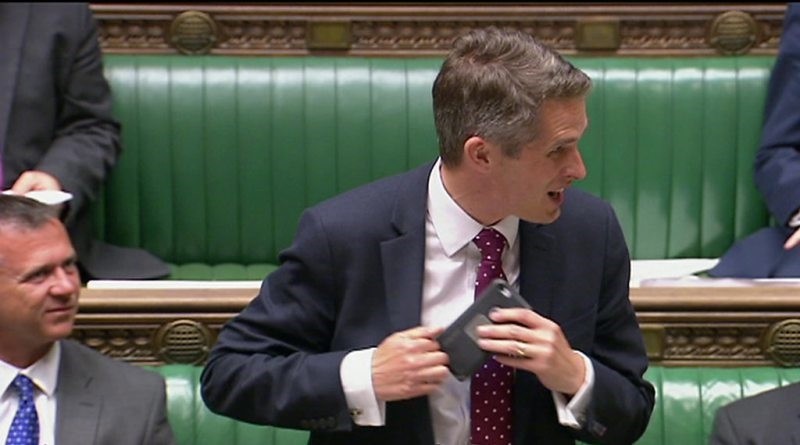 Siri, Apple Inc's virtual assistant for iOS, made its maiden speech to the British Parliament Tuesday morning, after interrupting a politician during an important statement at the House of Commons.

U.K. Defense Secretary Gavin Williamson was left baffled and embarrassed after his iPhone "heckled" him while he was giving members of parliament an update on the fight against Daesh.

Williamson fumbled to locate the familiar voice speaking from his right breast pocket, which appeared to say "I found something on the web for Syrian democratic forces supported by."

Speaker John Bercow then interrupted, saying "what a very rum business that is," which drew chuckles and laughs from MPs.

After recovering his phone, Williamson said "I'm not sure what caused that intervention, I do apologize for that. It is very rare that you're heckled by your own mobile phone."

"On this occasion it is a new parliamentary convention, without a doubt."

"So if I may proceed, Mr. Speaker, without the help and support of Siri," he said, laughing off the matter.

Later in the day, the cabinet minister took to Twitter to joke about the incident, saying he must ask his 13-year-old daughter how to use his new iPhone.

The untimely interruption was most likely caused by Siri confusing the word "Syria" with "Hey, Siri," which activates the artificial intelligence assistant.

However, this was not the first time Siri intervened in the British political scene.

Caught off guard and momentarily angered by Siri, he declared "this is technology interfering."