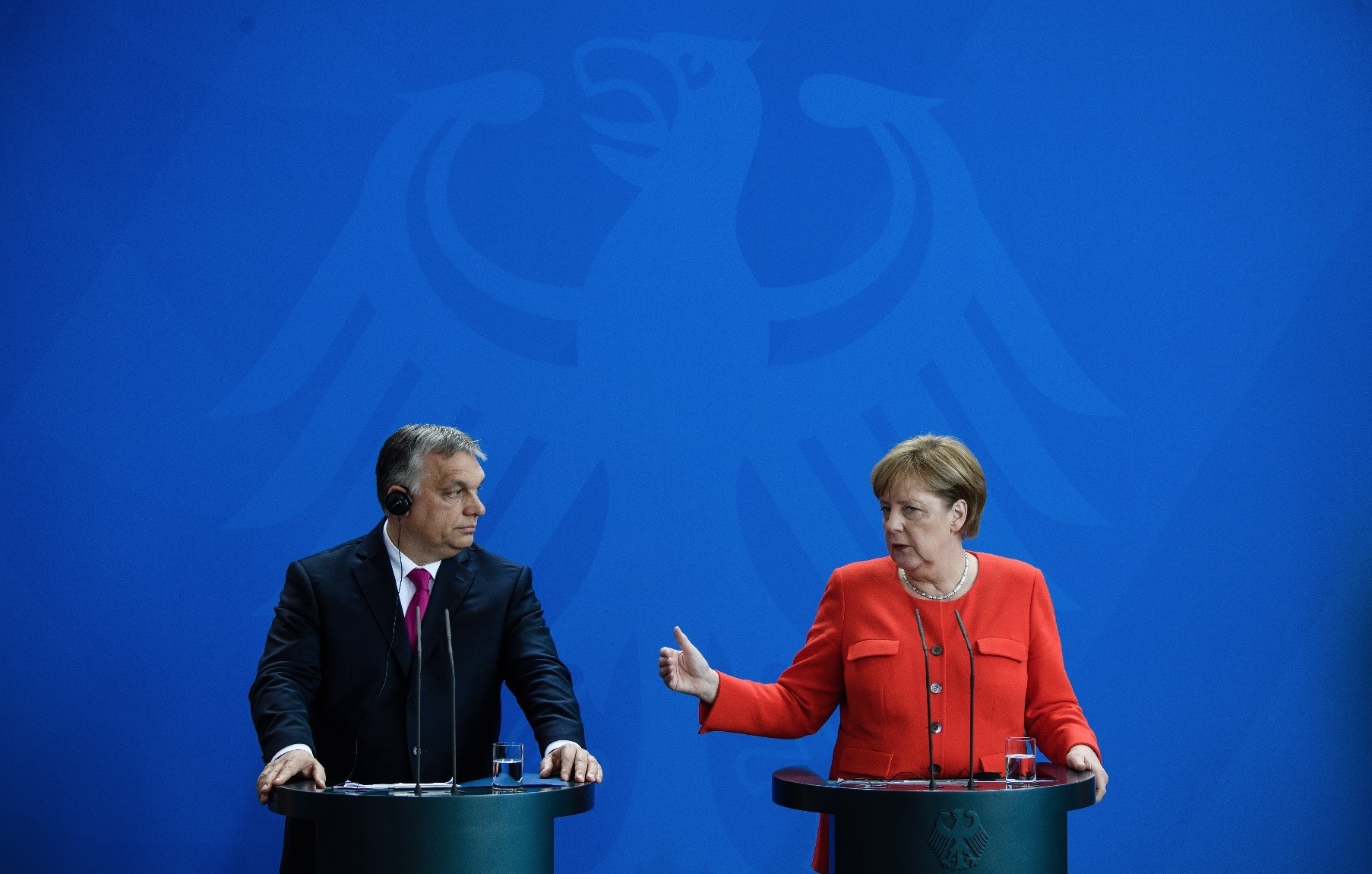 In a critical meeting with Hungarian Prime Minister Orban, known for his anti-migrant stance, German Chancellor Merkel has tried to make the migration deal, struck with the hardliners in her own government, work

German Chancellor Angela Merkel and Hungarian Prime Minister Viktor Orban held talks yesterday, days after the German chancellor made key border policy concessions to hardliners who have embraced the Hungarian leader's anti-migrant stance. Orban, a populist firebrand who has spearheaded a drive against European asylum policies fiercely defended by Merkel, could not resist gloating over his first invitation to Berlin in three years.

German Chancellor Merkel and Hungarian PM Orban underlined their differences on the issue of migration, but said they are willing to keep talking.

Merkel told reporters at a joint news conference in Berlin that she wants to protect Europe's "humanity" when it comes to the way it treats migrants and "that is probably what separates us," according to the Associated Press (AP).

Orban responded that Hungary's position hasn't changed since it closed its borders to migrants during the influx of 2015. He says his government considers the stationing of 8,000 guards along its border to be "pretty good solidarity" with Hungary's fellow EU members.

Merkel agreed that the protection of Europe's exterior borders is "important and justified" but said EU countries themselves need to accept some migrants, something Hungary has refused to do.

Merkel ended a tense showdown with her arch-conservative Interior Minister Horst Seehofer Monday by agreeing to tighten border controls and set up closed "transit centers" to hold migrants on the Austrian frontier.

The weeks-long row had threatened to topple her "grand coalition" government after just 100 days in power. German news weekly Der Spiegel said yesterday that the hard-fought compromise marked an "Orbanization" of Merkel's policies, Agence France-Presse (AFP) reported. "At the height of the refugee crisis [in 2015], Merkel and Orban waged legendary wars of words in Brussels," it said.

Seehofer's Christian Social Union party in the state of Bavaria actively courted Orban during those years in an affront to Merkel. Spiegel said she now appeared to recognize that EU hardliners could no longer be ignored or stonewalled.

Merkel's fateful decision in 2015 to leave the German border open to those fleeing Middle East conflict zones was prompted primarily by Orban's refusal to offer them refuge, effectively blocking the so-called Balkan route into the EU.

At the time, Orban railed against Merkel's "moral imperialism," while the chancellor, who grew up in communist East Germany, said she had seen enough walls in Europe for a lifetime. Since then, far-right parties are sharing power in key countries such as Italy and Austria, while the anti-immigration Alternative for Germany (AfD) party won nearly 100 seats in the Bundesta's lower house.

Merkel's tone toward Orban has changed of late as well. Last week she even thanked the Hungarian leader for his efforts to bolster the EU's external borders, while Orban declared the "enormous success" of his tough stance in the conclusion of an EU summit last week.

In an interview with ARD public television Wednesday, Merkel denied that she had sacrificed the European principles of open borders and compassion toward qualified asylum seekers on the altar of power politics.

Merkel, who has said that Europe's fate could be determined by the migration issue, said the accords she had hammered out at the EU summit and within her own government were aimed at keeping the asylum system from collapsing.