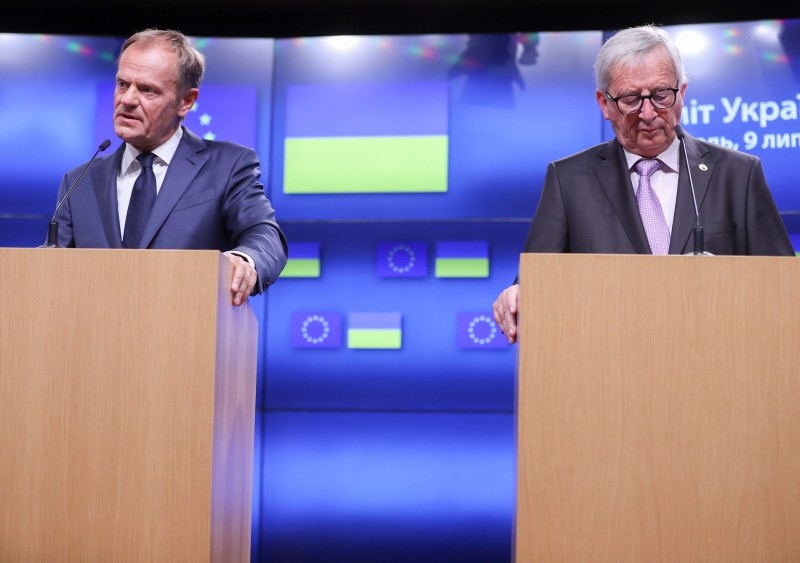 European Union president Donald Tusk held out hope Monday that the shock resignation of the British government's most high profile ministers would lead to a Brexit U-turn by London.

Tusk made his offer after it was announced that Britain's flamboyant foreign minister Boris Johnson had stepped down in the wake of the resignation of Brexit minister and lead negotiator David Davis.

"Politicians come and go but the problems they have created for people remain," the sharp-tongued Tusk said in a tweet, just moments after Johnson, one of Britain's most influential politicians, left office.

"I can only regret that the idea of Brexit has not left with Davis and Johnson. But... who knows?," he added, wondering whether Britain might reject the divorce proceedings.

Davis and Johnson dramatically quit over Prime Minister Theresa May's plans for Britain to keep strong economic ties with the EU even after leaving the bloc in March next year.

The plans set forth by May, initially seen as a success, were unveiled after a marathon meeting at Chequers, the 16th-century manor house near London that serves as her official country retreat.

But the exits by Johnson and Davis have thrown her government into disarray, a harsh reality that European Commission chief Jean-Claude Juncker acidly commented on.

"This clearly proves that at Chequers there was big unity of views in the British cabinet," Juncker deadpanned at a press conference in Brussels along with Tusk and visiting Ukrainian President Petro Poroshenko.

Juncker's chief spokesman meanwhile said that the resignation of Davis as chief Brexit negotiator did not pose a problem for the EU, insisting Brussels was ready to negotiate a deal "24/7".

"Not for us. We're here to work," Schinas said when asked if Davis' sudden departure was a problem.

The EU "will continue to negotiate in goodwill, bona fide, with Prime Minister May and the UK negotiators in order to reach a deal," he said.

May and Juncker spoke by telephone on Sunday evening, before the resignations, to discuss her plans, Schinas added.

Davis has been replaced with Dominic Raab, a eurosceptic junior housing minister little known in Brussels.

Schinas insisted it made little difference to the EU who was leading the talks for Britain.

"It matters a lot for the UK side because this is the person that would be the counterpart for our chief negotiator and I think that matters a lot," Schinas said.

"What matters for us is the negotiating mandate that our 27 member states have set for us and to which we are complying fully."

There was no immediate reaction from Davis's opposite number in the EU, Frenchman Michel Barnier on either resignation.