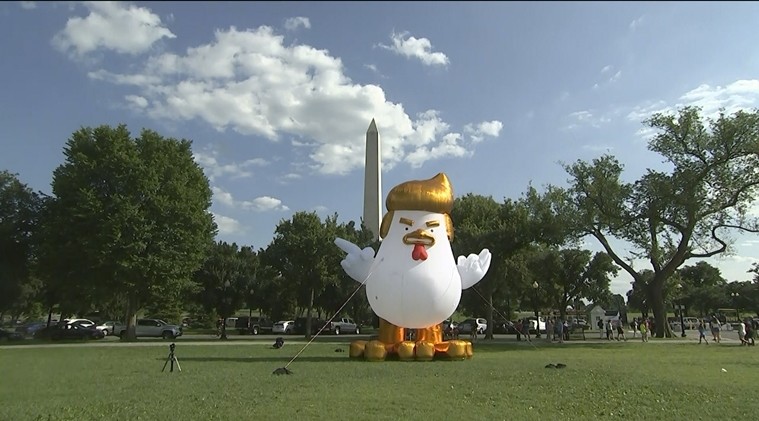 A group of Green Day fans have pushed the band's 2004 song "American Idiot" into the British music charts ahead of US President Donald Trump's visit to the country.

The group's Facebook campaign to get the hit back into the charts before Trump's visit, which begins late Thursday, has pushed the song to number 18, "less than 4,000 copies away from a top-10 placing," the Official UK Charts Company said in its latest listing.

The organizers said they started the campaign in late April because they found the idea "hilarious and reckon thousands more will find it hilarious too."

A plan by another group of protesters also received a boost on Tuesday as Britain's air-traffic controller said it saw no reason to withhold approval of a request to fly a 6-metre inflatable, orange baby styled as Trump near the British parliament.

"We have now received a formal request and are currently assessing it based on its potential impact to normal air-traffic operations in London," the air-traffic controller, NATS, said in an emailed statement.

"Based on our understanding of their plans, we would see no operational reason to withhold approval, but a formal decision will be made in due course," it said, adding that London's Metropolitan Police must also approve the stunt.