Germany 'not captives' of US or Russia: German FM hits back at Trump 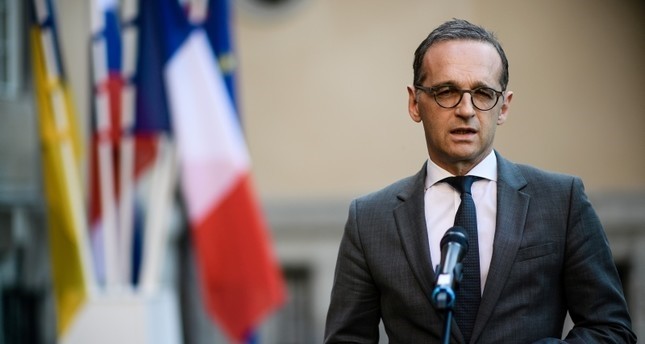 The German foreign minister lashed out at the U.S. President Donald Trump's criticism over Russia's sale of liquefied natural gas to Berlin, saying "we are not captives" of Russia or the U.S."

Heiko Maas' remarks on his Twitter account came after Trump said at the NATO summit in Brussels on Wednesday that Germany is "totally controlled by Russia, because they are getting 60 to 70 percent of their energy from Russia and a new pipeline."

"So we're supposed to protect you against Russia but they're paying billions of dollars to Russia," Trump said describing it as "inappropriate."

In response to Trump, Maas said: "We are not captives, neither of Russia nor the U.S. We are one of the guarantors of the free world and that will stay that way."

German Chancellor Angela Merkel also pushed back firmly, insisting that Germany makes its own decisions while drawing on her own background growing up in communist East Germany behind the Iron Curtain.

"I've experienced myself a part of Germany controlled by the Soviet Union and I'm very happy today that we are united in freedom as the Federal Republic of Germany and can thus say that we can determine our own policies and make our own decisions and that's very good," she said.