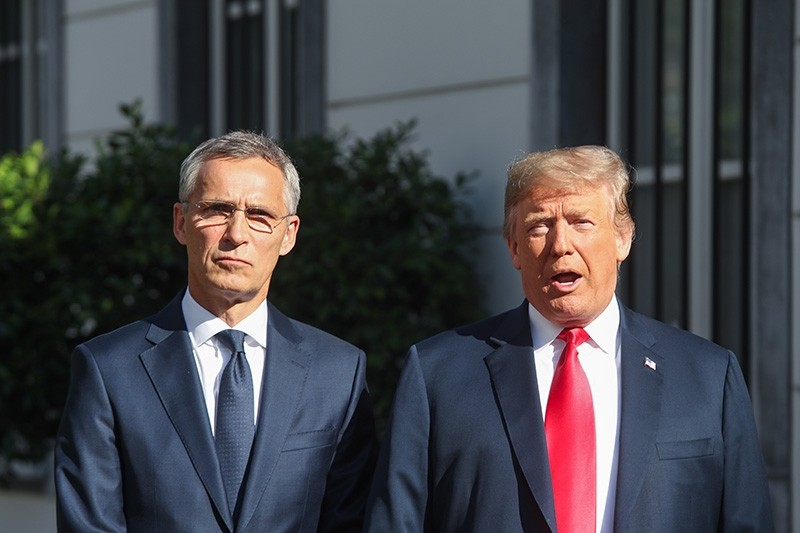 Germany is "totally controlled by Russia" due to its Nord Stream gas pipeline deal with Moscow, U.S. President Donald Trump said Wednesday ahead of a NATO summit in Brussels, calling the deal "inappropriate."

"I think it's very sad when Germany makes a massive oil and gas deal with Russia when you're supposed to be guarding against Russia and Germany goes out and pays billions and billions of dollars a year to Russia," Trump told NATO Secretary-General Jens Stoltenberg.

The U.S., meanwhile, is "paying a lot of money" to protect France, Germany and the rest of Europe, Trump added.

"Over the last year, about $40 billion more has been given by other countries to help NATO but that's not nearly enough."

"I think these countries have to step it up, not over a 10 year period, they have to step it up immediately. Germany is a rich country, they talk about increasing it a tiny bit by 2030. Well they could increase it immediately, tomorrow, and have no problem," Trump said.

He added that it's "not fair to the taxpayers of the United States and we're going to make it fair."

But Stoltenberg pushed back, stressing that NATO members have been able to work together despite their differences.

Trump was due to meet German Chancellor Angela Merkel at the summit later in the day and will meet Russian President Vladimir Putin in Helsinki on Monday.

Berlin has given political support to the building of a new, $11-billion pipeline to bring Russian gas across the Baltic Sea called Nord Stream 2, despite qualms among other EU states. Eastern European states and Ukraine fear the controversial project by the Russian gas giant Gazprom would cut them off from gas transit in the long run. Merkel insists the project is a private commercial venture and is not funded by German taxpayers.