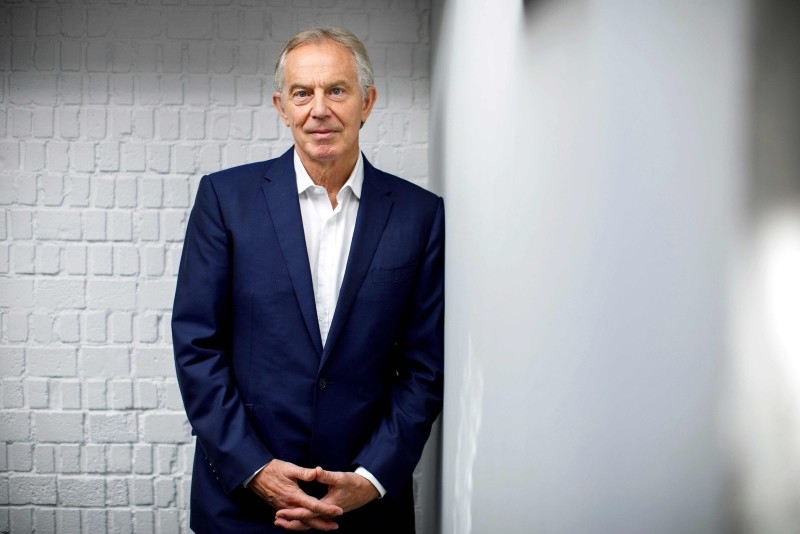 "It's a total and complete mess": Former prime minister Tony Blair does not hold back when asked in an interview with AFP what he makes of the British government's approach to Brexit.

Blair, who held the office for 10 years, said he sympathizes with Prime Minister Theresa May as she seeks to unite her party behind a plan for leaving the European Union, suggesting she has "the least enviable job in Western politics".

But the former Labour leader warned that with the scheduled date for Brexit approaching in March next year, it is time for her to admit "there's no way out" and call another referendum -- with the option of staying in the EU.

"Once this thing has been started by a referendum it can frankly only be finished by a fresh vote," he said.

Blair left office in 2007 and spent many of the following years abroad, including as an international envoy to the Middle East.

But these days he is more often found in London, where he has plunged back into British politics.

"I'm passionately opposed to Brexit and I still believe it can be changed," the 65-year-old told AFP in the offices of his non-profit organization, the Institute for Global Change.

After two years of wrangling with her Conservative party, May finally presented her plan this month for economic ties with the EU after Brexit, sparking outrage among hardliners in the party for giving too much away to the EU.

Blair himself said it was a "mush", an "incomplete half-in half-out" plan that pleased no one -- and was unlikely to be accepted by Brussels.

He noted the inherent dilemma in Brexit -- stay close to the EU to protect trade but forfeit the opportunities of going it alone, or cut ties altogether and risk damage to the economy.

With parliament "paralyzed" on the way forward, "the only way in the end this is going to be resolved is putting it back to the people", he said.

Blair's interventions on Brexit have not always been well received in Britain, where his decision to join the United States in invading Iraq in 2003 remains hugely controversial.

But while the prime minister who called the Brexit vote in 2016, David Cameron, has retired from the public eye to write his memoirs, Blair refuses to stay silent.

Some have suggested Blair had a role in Brexit by failing to limit migration from new EU member states from central and eastern Europe when they joined in 2004, leading to a huge influx of workers that sparked public alarm.

He rejected the idea as "ridiculously overhyped", insisting non-EU migration was a driver of Brexit vote -- while acknowledging that if he had stayed in power longer, he might have tried to "tighten things up".

The European Union itself is currently split over how to handle irregular migration and asylum seekers, divisions Blair described as "very dangerous".

"There is a crisis. The popularism of left and right is, you know, (at) risk of breaking the back of Western politics," Blair said.

He admitted that "the center ground of politics is pretty absent at the moment" -- but denied suggestions he could help form a new centrist party in Britain.

His own Labour party has moved to the political left since he was in charge, and while many of its MPs are pro-European, its socialist leader Jeremy Corbyn is more skeptical.

Labour backs Brexit but has called for a new customs union with the EU, and has refused to rule out a second vote.

Blair said that for all his hopes of stopping Brexit, it depended on "whether at the top of the Labour party the leader, the people around the leader, still want Brexit to go through".

But he said he hoped it would "come back to sense", adding that in the meantime, he would press his case.