Sweden battles with dozens of forest fires amid unusual heatwave 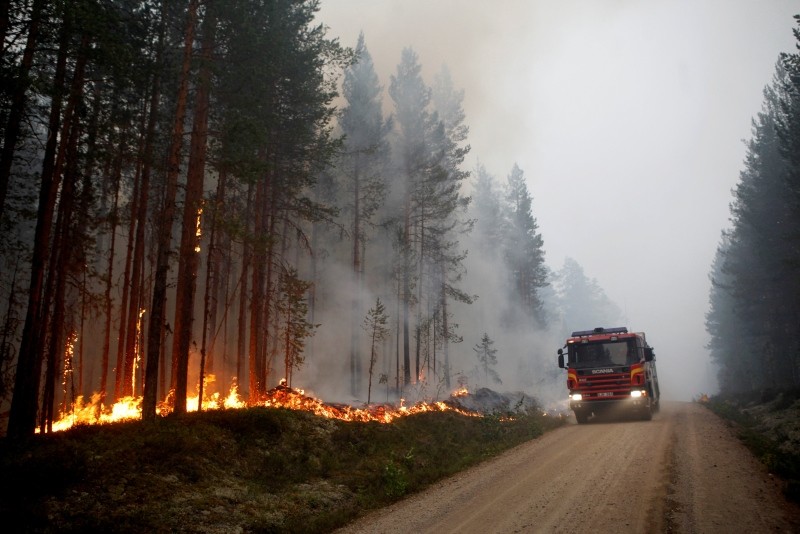 Dozens of forest wildfires raged across Sweden Wednesday, prompting Stockholm to ask for emergency EU help to fight the blazes that broke out during an extreme heatwave in the Nordic region.

Swedish authorities said there were 37 fires raging across the country on Wednesday, urging locals living close to the blazes in the central counties of Gavleborg, Jamtland and Dalarna to evacuate.

Even northern Swedish Lapland, inside the Arctic Circle, has been affected.

Five wildfires were burning Wednesday in the forests outside the town of Jokkmokk, a popular tourist destination in the winter.

"The last time we saw wildfires of this caliber was 12 years ago," Jokkmokk rescue officer Thomas Andersson told AFP.

MSB fire chief Britta Ramberg told TT news agency the fire in Jamtland was "the largest and spreading the fastest".

The fire there had already engulfed 2,500 hectares and was spreading by 10 square meters (over 100 square feet) a minute, authorities said.

MSB said it had asked the EU Civil Protection Mechanism for more firefighting planes in addition to those sent from Italy due to lack of capacity and manpower.

"The drought has led to a large amount of simultaneous fires in the forests and land," emergency services company SOS Alarm said in a statement, adding the number of fires would "likely" increase on Wednesday.

Meteorologists have in recent days warned of extremely hot temperatures in Sweden, saying it's "unusual" for a heatwave to last this long.

Record temperatures above 33 degrees Celsius (over 90 degrees Fahrenheit) were reported in Uppsala, a city north of Stockholm, and more than 30 degrees throughout the rest of the country.

Neighboring Norway was hit by wildfires in 100 locations in the south last week, some of which were triggered by lightning.