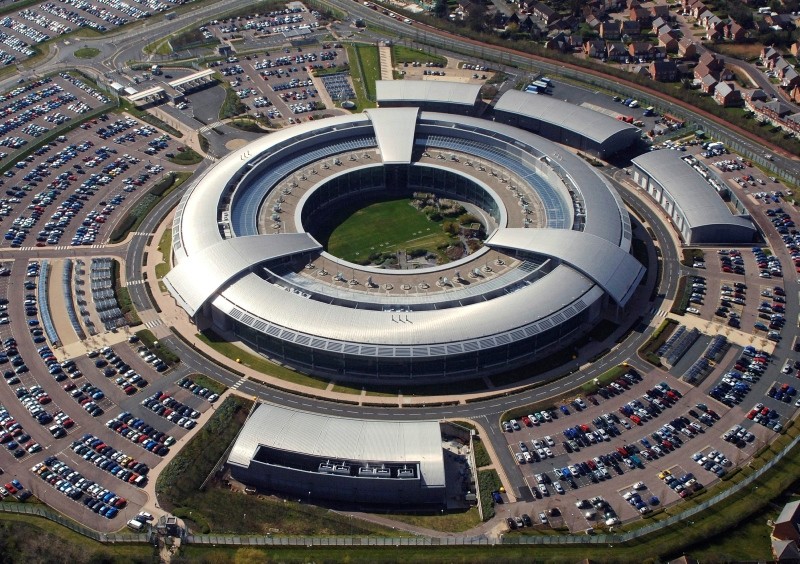 An aerial image of the Government Communications Headquarters (GCHQ) in Cheltenham, Gloucestershire. (Photo courtesy of GCHQ)
by daily sabah
Jul 20, 2018 12:00 am

The Secondary Legislation Scrutiny Committee under the House of Lords urged for more freedom to investigate the use of children in such operations, warning against government plans to make it easier for law enforcement bodies to include minors in such activities.

The committee claimed that some of the spies in question are under the age of 16, and have to endure re-registration processes for each intelligence duty.

The report came as a warning to U.K. government officials aiming to increase the time of intelligence duty for covert human intelligence sources (CHIS), who are under the age of 18, from one month to four.

"We are concerned that enabling a young person to participate in covert activity associated with serious crime for an extended period of time may increase the risks to their mental and physical welfare," the Guardian daily cited the committee as saying.

The report, however, did not include the exact number of CHISs deployed as informants by police and intelligence agencies.

The British Home Office said that child spies were not only employed to provide information for the police, but were also assigned by intelligence agencies.

Home Office Minister Ben Wallace therefore said that teenage CHISs could be especially used as a "unique" information source for criminal gangs, adding that the deployment is "necessary and proportionate."

"It can be difficult to gather evidence on gangs without penetrating their membership through the use of juvenile CHIS. As well as provide intelligence dividend in relation to a specific gang, juvenile CHIS can give investigators a broader insight into, for example, how young people in gangs are communicating with each other," Wallace said.