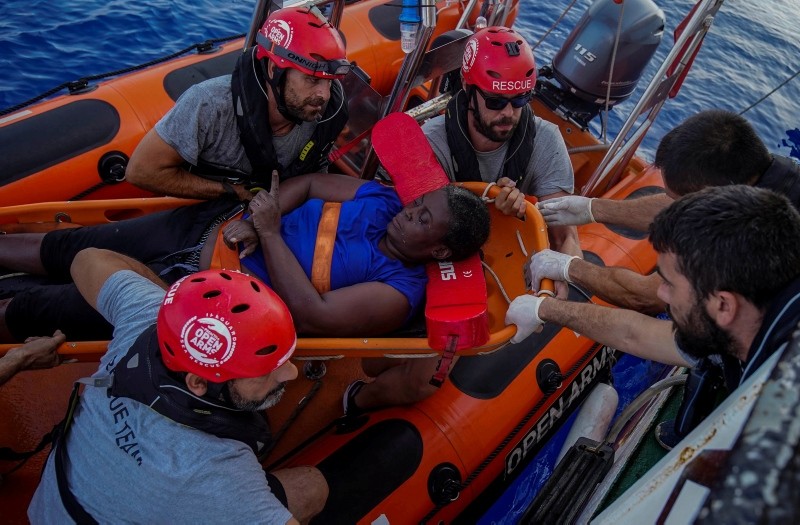 Spanish basketball giant Marc Gasol, star of the NBA's Memphis Grizzlies, recounted the dramatic sea rescue of a migrant off the Libyan coast in which he took part, in a video sent to AFP Thursday.

World champion with Spain in 2006 and a three-time NBA All-Star, the 33-year-old is traveling on a rescue ship belonging to NGO Proactiva Open Arms, whose two vessels sail back and forth in the Mediterranean to rescue migrants in distress.

On Tuesday morning, he contributed to the rescue of a 40-year-old woman from Cameroon who was drifting on a deflated dinghy next to the bodies of a little boy and another woman.

"It's a real shame to be here in the Mediterranean with so little help for the people of Open Arms," he said in a video sent to AFP by the NGO.

In a photo published on his Twitter account, Gasol is seen wearing a red helmet, the NGO's grey t-shirt and sunglasses, helping lift the stretcher carrying the woman from a dinghy to the main ship.

"Frustration, anger, and helplessness. It's unbelievable how so many vulnerable people are abandoned to their deaths at sea," he tweeted then.

In an interview with Spanish daily El Pais, Gasol said the photo that went viral in 2015 of Syrian boy Aylan Kurdi lying dead on a Turkish beach shocked him into more awareness of the migrant issue.

A year later, he met Oscar Camps, founder of Proactiva Open Arms, and decided he would go on one of their missions when his sporting agenda permitted.

In the video, he said the ship he was on overheard a radio conversation between a merchant ship and Libyan coastguards over a vessel in distress on Monday evening.

But no rescue appeared to be taking place so after six to eight hours his ship set sail for the place where the vessel in distress was thought to be.

"At two in the morning a search protocol was initiated until the Open Arms spotted the raft, which was half sunk," he said.

The NGO's two ships are now heading back to the Spanish port of Palma de Mallorca, where they are expected to arrive on Saturday morning.