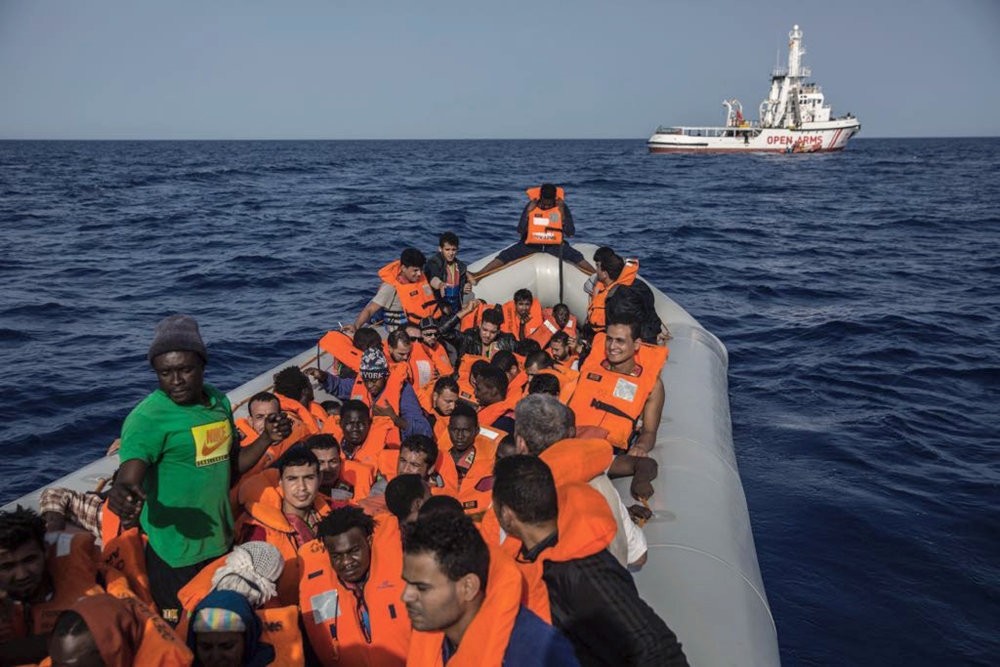 The journey across the Mediterranean remains the world's deadliest migration route, and as polarizing as ever in European politics.
by Compiled from Wire Services
Jul 21, 2018 12:00 am

"Italy does not want to be the only country where migrants saved at sea by its own naval units disembark," Foreign Minister Enzo Moavero Milanesi said in a letter to EU foreign policy chief Federica Mogherini.

Libya meanwhile, rejected the European Union's plan to establish migrant centers there to stop asylum seekers arriving in Western Europe, and it will not be swayed by financial inducements, Prime Minister Fayez al-Sarraj said. Libya is a main departure point for migrants trying to reach Europe often on flimsy inflatable boats provided by smugglers that often spring leaks or break down. Egypt, Morocco and Tunisia were also approached by the EU but have already refused to host such centers.

The salvos follow a fractious EU summit in June that agreed to set up "disembarkation platforms" outside the bloc to process migrants after Italy's new populist government said it was closing its ports.

EU member states earlier this month reached a controversial plan to curb migrant and refugee arrivals from Africa and the Middle East. The deal includes the creation of secure centers for migrants in the bloc, "disembarkation platforms" outside the EU and sharing refugees among member states. The accord came after Italy's new populist government pushed the issue to the forefront of the EU agenda by refusing to open the country's ports to migrant rescue ships. A big part of the problem is that the EU has failed to evenly distribute among its population of 500 million what U.N. data shows is fewer than 2 million new arrivals since 2014, partly because countries like Poland and Hungary refuse to take part. That has exacerbated disproportionate pressure on southern countries like Greece and Italy. Three years later, the problem has still not been resolved. The U.N. Migration Agency said 51,782 migrants and refugees entered Europe by sea through 18 July. That total compares to 110,189 at this time last year and 244,722 at this time in 2016. The death toll to date this year is 1,490 it said.

The number of migrants reaching the EU has in fact dropped sharply since the height of the crisis in 2015 when more than a million arrived from the Middle East and Africa, mostly from Turkey by sea to Greece and then overland across the Balkans. That route was largely shut by a 2016 agreement between the EU and Turkey. The other main route, the frequently deadly crossing from North Africa to Italy, remains open but numbers have declined substantially in the past year as Libyan armed factions have cut down on people smuggling. Still the issue remains sharply divisive across Europe. Particularly in Poland and Hungary, hostility to immigration has become one of the defining issues for nationalist governments, even though those countries have been asked to host only a few thousand asylum seekers between them.