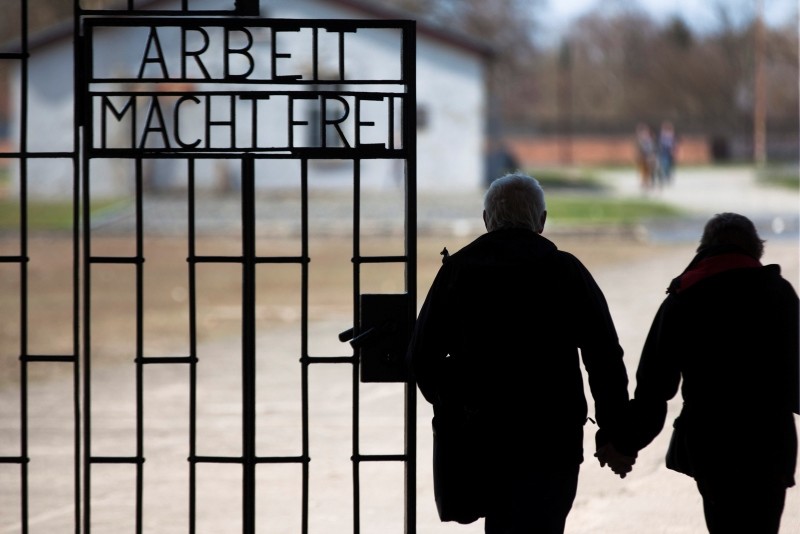 In this Jan. 27, 2012, file photo, a couple walks past the slogan 'Arbeit Macht Frei' (Work Sets You Free) at the main entrance of the Sachsenhausen Nazi concentration camp on the international Holocaust remembrance day in Oranienburg. (AP Photo)
by Sep 21, 2018 12:00 am

A 94-year-old former SS guard at the Stutthof concentration camp run near Gdansk in Poland is to stand trial for being an accessory to murder, the state court in the city of Muenster said on Friday.

The accused, who lives in Borken near the Dutch border, is accused of co-responsibility for several hundred deaths at the Nazi camp between 1942 and 1945. His trial, starting on November 6, will be held in a youth court, as he was under 21 at the time of the alleged crimes.

The court has set aside 13 trial days running to mid-January, with proceedings lasting at most two hours on any one day and with rest days between court sessions.

According to the charge sheet, several hundred people were killed in the camp's gas chambers, with others dying as result of the conditions or shot. Some inmates received fatal injections to the heart or were left to freeze to death.

Prosecutors accuse the man of being aware of all these facts. He denies the accusations.

Another man, aged 93, is to be brought before a court in Wuppertal on related charges, with proceedings conducted separately as it has not been determined whether he is fit to stand trial.