Austria accuses retired colonel of spying for Russia since 1990s 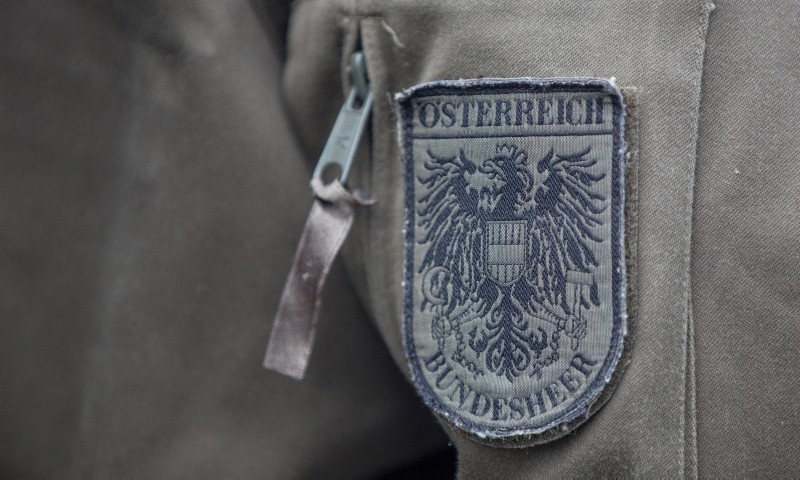 The badge of the Austrian Armed Forces pictured during the celebrations on Austrian National Day (Nationalfeiertag) on Heldenplatz square in Vienna, October 26, 2016. (EPA Photo)
by Nov 09, 2018 12:00 am

Austria has a launched a probe into an army colonel suspected of spying for Russia for several decades, Chancellor Sebastian Kurz said Friday, the latest in a string of cases where Moscow has been accused of espionage in EU states.

Kurz told a press conference that the colonel, now retired, is suspected to have begun working with Russian intelligence in the 1990s and carried on until 2018.

Foreign Minister Karin Kneissl has summoned the Russian charge d'affaires over the matter and canceled an upcoming trip to Russia.

Russia's foreign ministry meanwhile said it was calling in the Austrian ambassador to discuss the issue.

"Of course if such cases are confirmed, whether it be in the Netherlands or in Austria, it can't improve the relationship between the EU and Russia," Kurz told reporters in Vienna.

He was referring to the expulsion of four Russian agents by the Netherlands in April for allegedly planning a cyber-attack on the world's chemical weapons watchdog in The Hague.

"Russian spying in Europe is unacceptable and to be condemned," the chancellor added.

He said that Austria was "demanding transparent information from the Russian side" and that it would consult its European partners on further steps.

Austrian Defense Minister Mario Kunasek said the case came to light "a few weeks ago" as a result of information from another European intelligence agency.

"We can't say for the moment whether this is an isolated incident or not," Kunasek said.

He said that the colonel had handed over "technical equipment" including his laptop which was now being examined.

Kunasek said that under questioning, the colonel said the Russians had been interested "in weapons systems, in the migration situation here in Austria in recent years".

"Profiles of certain people were also created and passed on," Kunasek said.

The case indicated that "even after the end of the Cold War, spying has continued and shows us the need to tighten our security network, within Austria and within the defense ministry," Kunasek said.

Austria is not a member of NATO and sets great store by its status as a neutral country.

As such it was one of the few European countries not to expel Russian diplomats following the poisoning of ex-spy Sergei Skripal and his daughter Yulia in Britain in March.

The FPOe -- which nominated Kneissl and of which Kunasek is also a member -- has had a "cooperation pact" with Russian President Vladimir Putin's United Russia party since 2016.

In August, Kneissl caused controversy by inviting Putin as a guest of honor to her wedding.

In addition, the FPOe Interior Minister Herbert Kickl admitted in September that Austria had been asked to take "trust-building measures" to retain cooperation with allied secret services.

It followed reports that Western secret services were increasingly wary of sharing information with Austria over concerns it could be passed to Moscow.

Earlier this week the Austrian Falter weekly published what it said was a document from the Finnish domestic intelligence agency in which it asked for information from partner countries but specifically excluded Vienna's BVT agency.