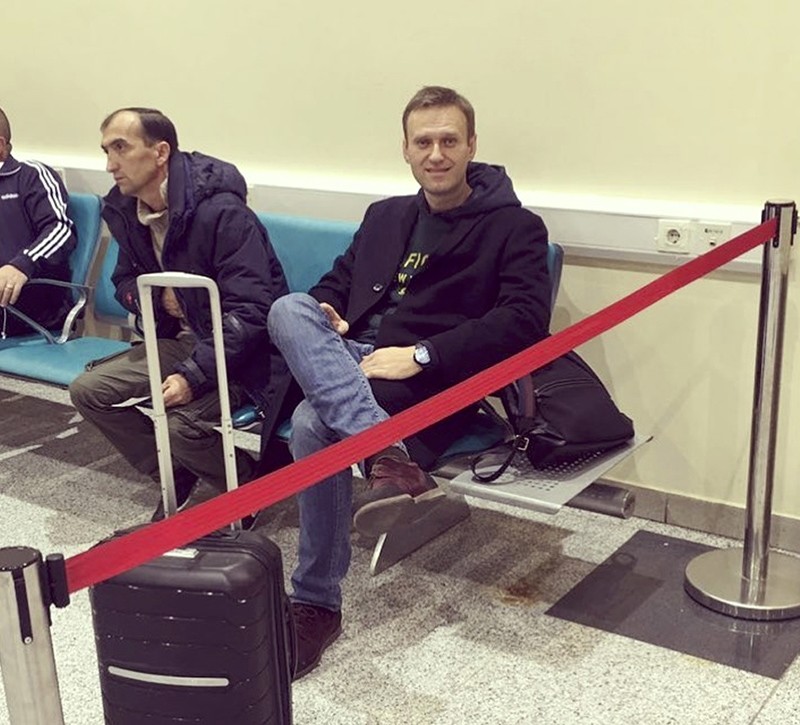 Kremlin critic Alexei Navalny was stopped from leaving Russia on Tuesday, a move he said was designed to prevent him from attending the finale of a legal case he filed at the European Court for Human Rights.

"Border guards are saying that leaving is forbidden for me. There is some kind of letter that says I am prohibited from leaving, but there is no explanation why," Navalny wrote on Twitter.

He said he had planned to board a flight to Frankfurt and on to Strasbourg, where the court was expected to rule Thursday on whether his detentions in Russia this year were politically motivated.

Russians can be barred from leaving the country if they have unpaid fines or debts.

Navalny wrote in his online blog that he was certain he had no such outstanding financial obligations.

The 42-year-old anti-corruption campaigner was released from a Moscow detention center last month after being sentenced to 20 days for organizing anti-Kremlin protests.

He also served a 30-day sentence in September for organising a rally at the start of the year.

Amnesty International then described him as a prisoner of conscience and said he had committed no crime.

Navalny came to prominence as an organiser of rallies against President Vladimir Putin that shook Russia in 2011 and 2012 following accusations of vote-rigging in parliamentary polls.

His anti-corruption rhetoric is especially popular with younger people who follow him online.