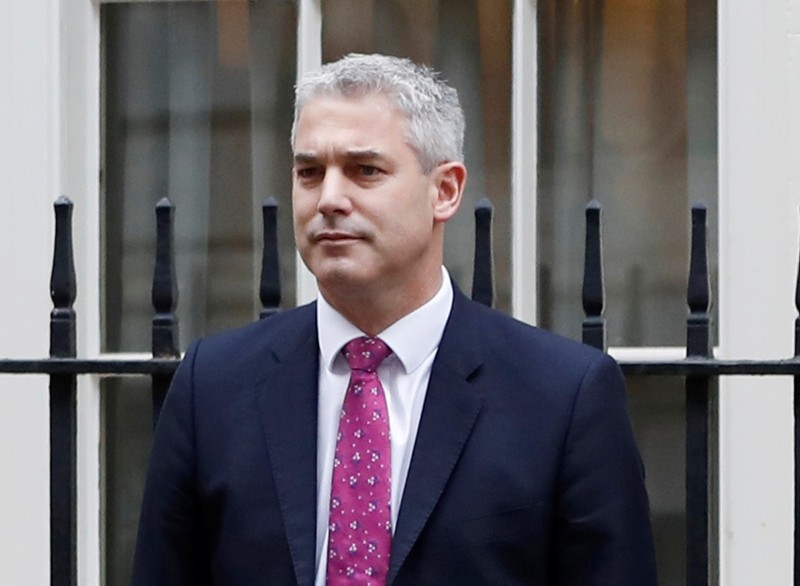 In this file photo dated Wednesday, Nov. 22, 2017, Economic Secretary to the Treasury Stephen Barclay poses outside 11 Downing Street in London. (AP Photo)
by Compiled from Wire Services Nov 16, 2018 12:00 am

British Prime Minister Theresa May appointed Stephen Barclay, a junior health minister who voted to leave the European Union in a 2016 referendum, as her new Brexit Secretary on Friday, her spokesman said.

The spokesman said that May herself would personally oversee the last 10 days of negotiations with the EU on the future framework, and that Barclay would focus on the domestic preparedness for Brexit and getting May's draft withdrawal agreement through parliament.

Barclay replaced Dominic Raab who quit as Brexit minister on Thursday over May's draft plan for leaving the EU.

Rudd is a former Cabinet minister who resigned as home secretary in April amid a scandal over authorities' mistreatment of long-term U.K. residents wrongly caught up in a government drive to reduce illegal immigration.

She is a longstanding ally of May's and has said she supports the proposed divorce agreement with the EU.

The two ministers had resigned, saying they could not support May's Brexit deal, which the Cabinet approved with majority vote on Wednesday.

May on Thursday vowed to continue with her Brexit deal.

Thanking Dominic Raab and Esther McVey, she said she was sorry to see her colleagues leaving the government.

"Serving in high office is an honor and a privilege", but also a heavy responsibility, she said.

Underlining that negotiating Brexit has been a matter of highest consequences, she said: "it touches every area of our national life," and her approach has been to put "national interest first."

May said the deal approved by the Cabinet on Wednesday "delivers what people have voted for."