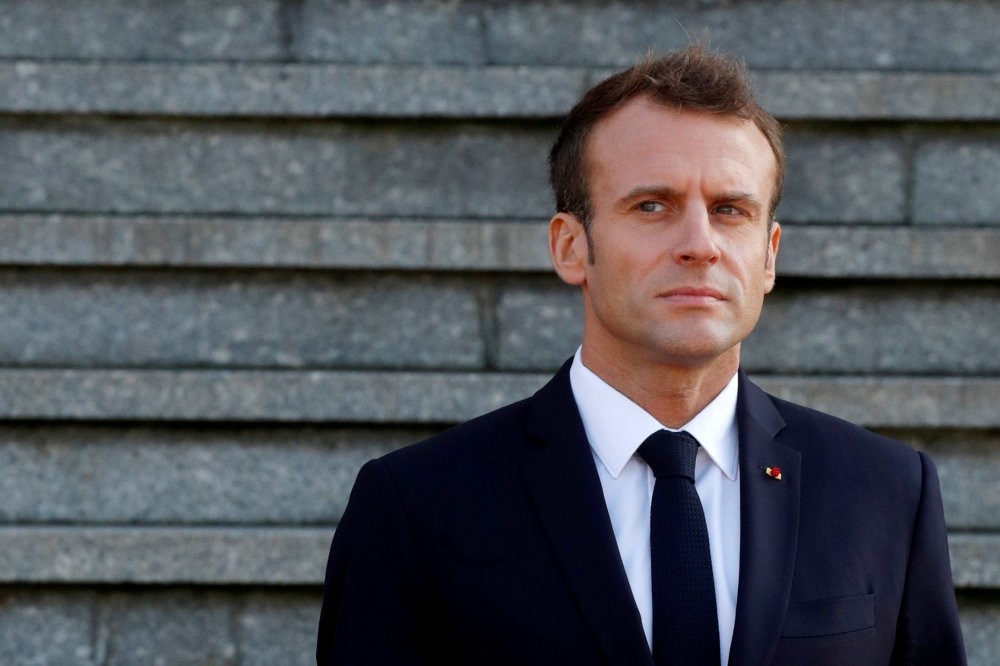 French President Emmanuel Macron had called for the formation of a ,real European army,, on Nov. 6.
by Angelos Berberakis Nov 17, 2018 12:00 am

Denmark, Malta, Portugal, Ireland and the United Kingdom have refused to sign the EU's ‘PESCO' pact, the foundation for the bloc's defense ambitions

While the idea of an independent "European army" itself dates back to 1952, it only recently started being discussed as a serious possibility, most notably due to French President Emmanuel Macron, who drew attention to the project prior to the 11th of November Great War Armistice centenary commemorations.

So far, the Permanent Structured Cooperation, or PESCO pact, first initiated in 2017, includes 23 EU member states, the main supporters of which are Paris and Berlin. Both German Chancellor Angela Merkel and Macron have long advocated for the creation of such a force; however, not everyone is on board.

Denmark, Portugal, Malta, Ireland and the United Kingdom have refused to sign into the pact.

Copenhagen, which usually partakes in international political action, announced its refusal since the debate picked up heat due to Macron's comments.

Danish Defense Minister Claus-Hjort Frederiksen said as much at the country's 2019-2020 foreign and security policy meeting, going as far as to indirectly defend U.S. President Donald Trump and attack Macron's statements of a necessary "defense" against the U.S., Russia and China, stating: "There is no such thing as 'Denmark will defend itself against the U.S.' The U.S. is the cornerstone of our freedom."

Trump had himself said he found the proposals "very insulting."

London has also voiced concerns about creating a new military alliance that could be a "rival to NATO" as British Defense Secretary Michael Fallon said; however, the U.K.'s impending EU exit puts it in a difficult position to argue against policies that will soon most probably neither affect nor concern it.

It is not yet clear whether the Dutch will remain cosignatories of PESCO.

Three of the countries that refused to sign PESCO and do not support the prospect of an EU army, namely Denmark, Portugal and the U.K., are part of NATO.

While an EU army was seen as little more than a right-wing, anti-EU conspiracy theory a few years ago, it is now a very real project being pushed by both Brussels and some of the continent's most powerful states.

PESCO would be critical to its creation, as its purpose is to integrate the armed forces, establish a new joint headquarters and boost defense spending across the bloc. Brussels has also invested around 5.5 billion euros for the research and development of new weapons of war, including unmanned aerial vehicles.

As Trump has been saying for over three years now, if one includes his time as a candidate, most NATO member states have not been paying their fair share of the agreed-upon 2 percent of their gross domestic product (GDP) defense spending, and Eurocrats view an EU army as a cheaper alternative.

Most EU members do not currently meet NATO's defense spending target of 2 percent of their GDP.

In fact, in order of spending by GDP percentage, only the United States, Greece, Estonia and the United Kingdom go over the 2 percent goal. NATO statistics further indicate that Latvia is currently at 2 percent defense spending, while Poland, Lithuania and Romania all have at least 1.93 percent of GDP spending.

Countries such as France at 1.81 percent, Germany at 1.24 percent and Italy at 1.15 percent lag far behind the goal.

Those who warned that Brussels was aiming for a military union were often shutdown, called extremists and deemed conspiracy theorists.

Member of the European Parliament Nigel Farage, in a debate with Britain's former Deputy Prime Minister Nick Clegg, in 2014 warned, "Some 40 years ago it was a common market; now, it's a [political] European Union that wants an air force, an army, a navy and wants the military intervening [in Syria]."

Farage has repeatedly warned that the EU is an ever-growing political union that makes decisions that its own citizens do not agree with and do not have the option of voting down, with the prospect of an army being just the latest example.

Clegg responded that the assertions Farage made about the EU wanting an army are nothing more than "conspiracy theories" akin to the moon landings being faked and that Elvis Presley isn't dead.

Not only is the prospect now very real, but a report from the Berlin Morning Post newspaper indicates that Brussels already has 47 defense-related projects in the works. "A transferable hospital, a logistics hub, common officer training – these are just three of 47 project proposals, and if the Foreign and Defense Council of the EU decides on Monday on PESCO, then 20 of the 28 members will probably agree, if not more. One month later, on Dec. 11, they will decide on their first projects."

"We are a territorial community, which means that we have a common territory and common external borders," he said.

"Our openness and tolerance cannot mean walking away from protecting our heritage," Tusk concluded.