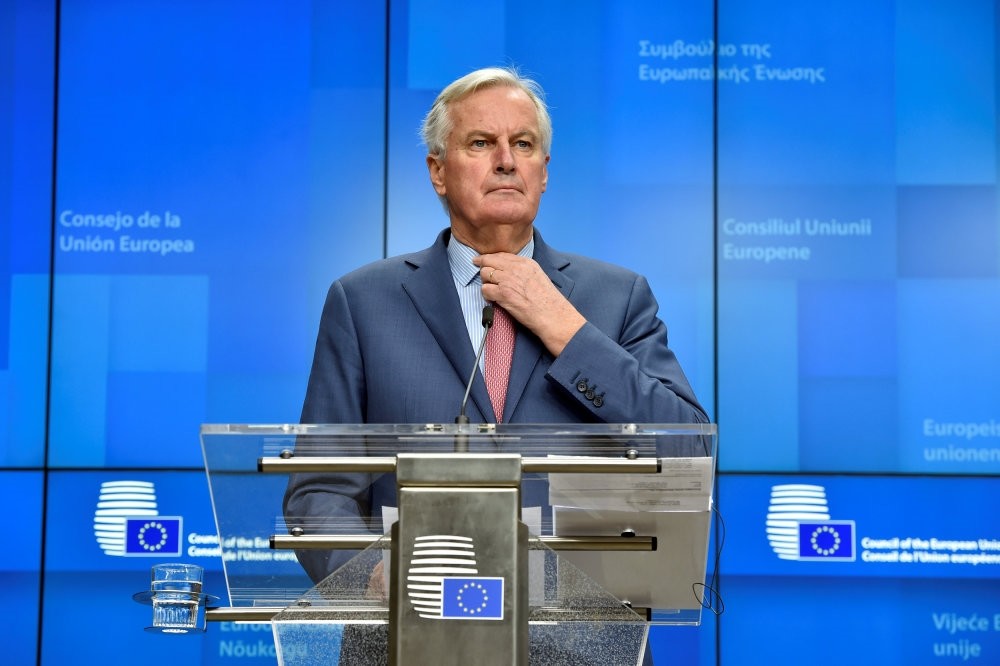 Brexit negotiator Michel Barnier and the Union's Austrian rotating presidency said the negotiated text would be presented to EU leaders at a signing summit on Sunday.

"The first, difficult step is done," said Austrian minister for Europe Gernot Bluemel, whose country holds the rotating EU presidency, after the ministers met. "A painful week in European politics is starting," Blomel said. "We have the divorce papers on the table. Forty-five years of difficult marriage are coming to an end."

The draft agreement has triggered an avalanche of criticism in Britain and left May fighting to keep her job, even as she races to firm up the final deal before a crucial EU summit.

British Premier May sought to seal business support for her Brexit deal with the European Union yesterday, but remained on a collision course with a group of lawmakers seeking to unseat her. May told business lobby group the Confederation of British Industry that "an intense week of negotiations" lay ahead to finalize the framework for future relations between Britain and the bloc before EU leaders meet on Sunday to rubber-stamp the deal.

Last week — after a year and a half of tense negotiations — Britain and the EU agreed on the terms of their divorce. But while the 585-page, legally binding withdrawal agreement is complete, Britain and the EU still need to flesh out their far less detailed seven-page declaration on future relations.

Britain will leave the Union on March 29 next year, but remain within its single market for a further 21 months as negotiators seek a deal to avoid a potential breakdown in trade between the key economic partners. If the parties struggle to find a deal before the end of this period, Britain can request a one-off extension. PM May said yesterday she wanted any post-Brexit transition phase to have ended by the time the country is due to hold a national election in 2022.

Britain's implementation, or transition phase, is expected to run until the end of 2020 but the European Union's negotiator Michel Barnier has said it could be extended to allow details of the future relationship to be agreed. "I think it is important that in delivering for the British people we are out of the implementation period before the next general election," May said in a speech to business leaders in London, Reuters reported.

The deal has infuriated pro-Brexit lawmakers in May's Conservative Party and sparked a leadership crisis. The Brexiteers want a clean break with the bloc and argue that the close trade ties called for in the agreement will leave Britain a vassal state, bound to EU rules it has no say in making. Two Cabinet ministers, including Brexit Secretary Dominic Raab, resigned in protest, and rebels are trying to gather the signatures of 48 lawmakers needed to trigger a no-confidence vote. One of the rebels, Simon Clarke, on Monday urged wavering colleagues to help trigger a leadership challenge. "It is quite clear to me that the captain is driving the ship at the rocks," Clarke said.

Even if May sees off a leadership challenge, she still has to get the deal approved by Parliament. Her Conservatives don't have a parliamentary majority, and it's not clear whether she can persuade enough lawmakers to back her agreement. May argues that abandoning the plan, with Britain's withdrawal just over four months away on March 29, could lead to a disorderly and economically damaging "no deal" Brexit — or to a situation in which Britain's exit from the EU is postponed indefinitely.