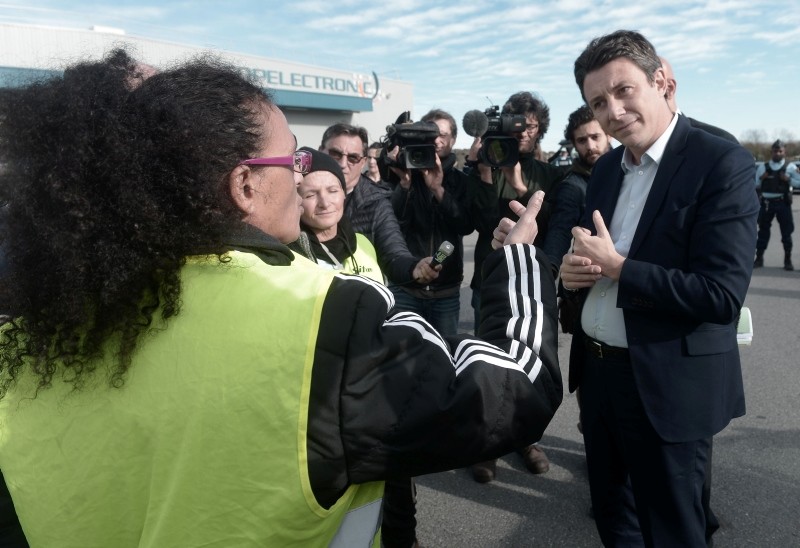 A day after President Emmanuel Macron's administration backed down in the face of nationwide protests and suspended a fuel-tax, the government has suggested it could also amend a wealth tax that critics say goes too easy on the rich.

Speaking on RTL radio, government spokesman Benjamin Griveaux, a close ally of Macron's, said all policies involving taxation needed to be reevaluated from time to time and, if deemed not to be working, should be changed.

"If a measure that we have taken, which is costing the public money, turns out not to be working, if it's not going well, we're not stupid - we would change it," he said.

He defended Macron's decision on coming into office last year to amend the wealth tax - known in France as 'ISF' - by narrowing it to a tax on real estate assets, rather than covering all worldwide assets, from jewelry to yachts to investments, over the value of 1.3 million euros.

Those changes earned Macron the label "president of the rich" because they were seen by his critics as accommodating the wealthy.

Asked whether the government would be willing to go back on that decision, Griveaux suggested it was possible.

"We did not cancel the ISF, we transformed it, I want to remind you that we maintained the tax on real estate... The tax that was removed was to encourage investments in the real economy. It was not a gift to the rich," he said, before adding:

"We are evaluating it, we are controlling it. This money was to be invested in our SMEs for them to develop, innovate and hire. If that is not the case, if the evaluation is not good, then we can reopen it for discussion."

Over the past three weeks, Macron has come under immense pressure in the face of nationwide protests against a fuel-tax increase that was set to begin in January.

The so-called "yellow vest" movement, named for the high-visibility jackets motorists in France must have in their cars, led to violent clashes with police in Paris at the weekend, and on Tuesday prompted the government to change course.

Prime Minister Edouard Philippe said the carbon-tax increase would be suspended for six months and the time used to examine other steps to ease the burden on blue-collar workers and the squeezed middle-class.

It marked the first major U-turn by Macron in his 18-months in office and comes at a time when he is far down in the polls, with his popularity at barely more than 20 percent.

U.S. President Donald Trump appeared to mock Macron over the policy shift, which will make it harder for France to meet its CO2 emissions reduction target, a core element of the Paris climate agreement of 2015.

"I am glad that my friend @EmmanuelMacron and the protestors in Paris have agreed with the conclusion I reached two years ago," Trump tweeted late on Tuesday.

"The Paris Agreement is fatally flawed because it raises the price of energy for responsible countries while whitewashing some of the worst polluters."

If the government were to look at reimposing some of the dropped elements of the ISF tax it would mark a fundamental change of direction for Macron, who came to power promising to be "neither of the left nor the right" politically.