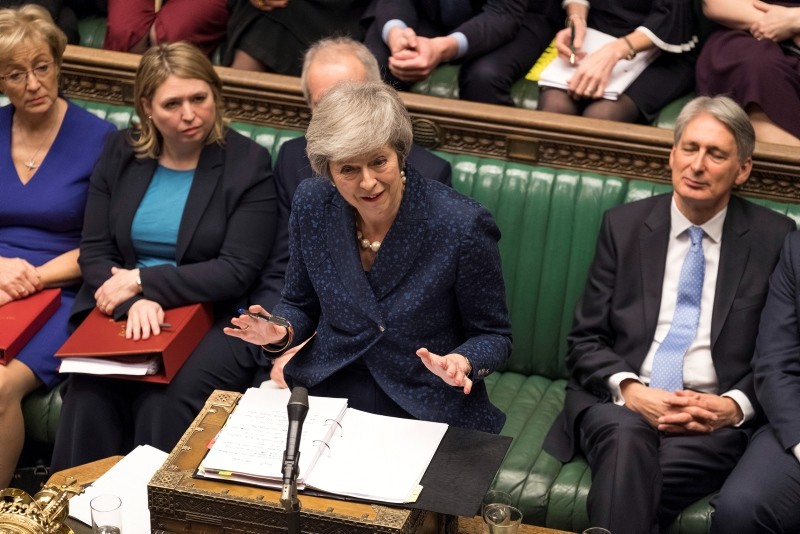 British Prime Minister Theresa May has told lawmakers in the ruling Conservative party that she will not lead them into the next general election, one Member of Parliament said.

"She said she does not intend to lead the 2022 election," Conservative MP Alec Shelbrooke told journalists after the closed-door meeting, confirming other reports.

Cabinet minister Amber Rudd confirmed May's vow not to stand in 2022, as did MP Robert Buckland.

"She said 'in my heart I would like to lead the party into the next election' and then that was the introductory phrase to her indication that she would accept the fact that that would not happen, that is not her intention," Buckland said.

There was some doubt about whether May had unequivocally ruled out leading the party into any snap general election should her government fall before 2022.

But MP Nick Boles said she had been "crystal clear" that she would not lead the party into the next general election.

"She now deserves the support of all Conservative MPs so she can get on with the job of delivering a Brexit compromise that can win a Commons majority," Boles tweeted.

Leading Brexiteer Jacob Rees-Mogg was not convinced by her promise, saying "intention is one of those politicians' dangerous words that one should never rely on."

May was speaking ahead of a vote of no confidence in her that is due to begin at 1800 GMT. Voting is expected to take about two hours, with the result expected around 2100 GMT.

An earlier Downing Street statement had hinted that May would offer to step down after Britain leaves the EU in March but before the 2022 election, if the lawmakers back her in the confidence vote.